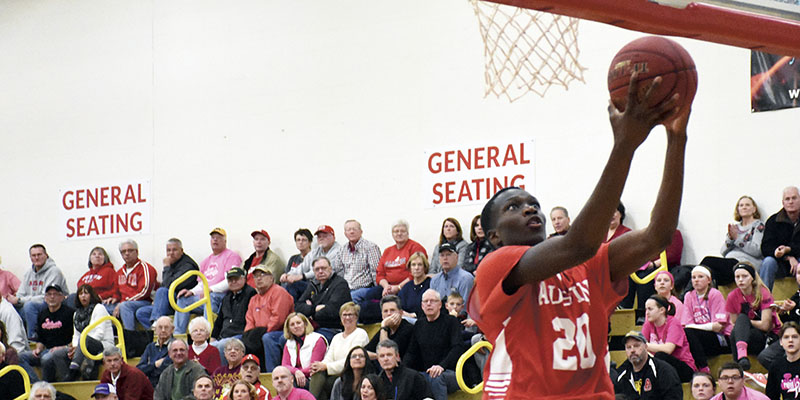 The Scarlets (8-8 overall, 5-7 Big Nine) led 20-13 half-way through the first half, but the Packers didn’t panic as they responded with a 16-3 run. That rally saw Duoth Gach hit a pair of three-pointers and Tate Hebrink hit one three-pointer. 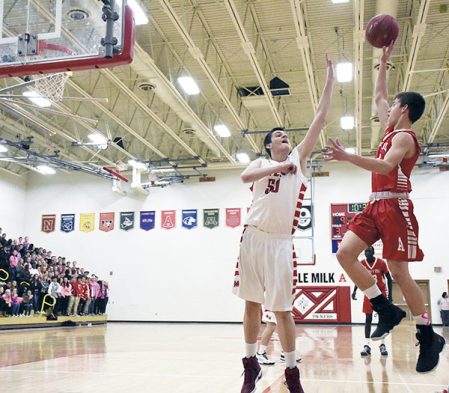 Both, who had 12 points and three assists, had sat out the second half of Friday night’s win after sustaining an eye injury but he was ready to go on Monday.

“I’m always looking to get back on the court,” Both said. “Tyler Tupy stepped up really big for me last week. Tonight I was reading how the defense played me and going off that.”

Mankato West was able to slow down the game with the play of their guards Jake Makela and Trey Burmeister and they hits some big shots early on in the game. Austin head coach Kris Fadness credited his team for keeping their composure, especially when they were trailing. 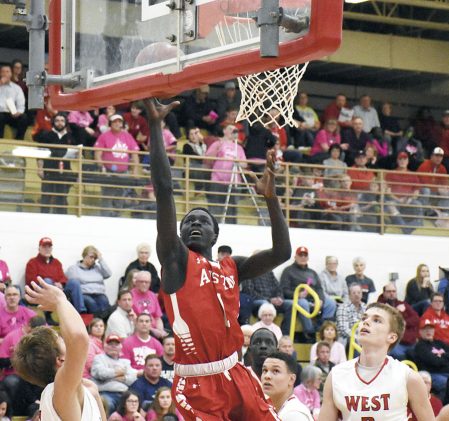 Both Gach attacks the rim for the Packers against Mankato West in Packer Gym Monday. Rocky Hulne/sports@austindailyherald.com

“You’re going to have nights where you have to win in a manner that’s not necessarily pretty. This was one of those nights,” Fadness said. “I thought Jany Gash gave us a nice game. He was solid defensively and he made some nice shots. I was really happy with Jany’s performance tonight.”

Kyle Oberbroeckling had 10 points, five rebounds and two blocks in the win for the Packers (14-1 overall, 11-1 Big Nine). Austin has now won both games over the Scarlets this season.

“We were prepared for it and we were ready for it because it was such a battle the last time we played them,” Oberbroeckling said. 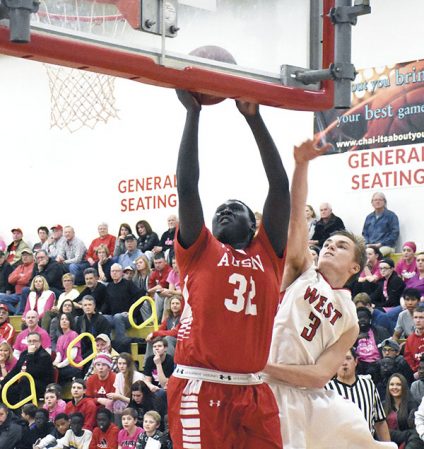 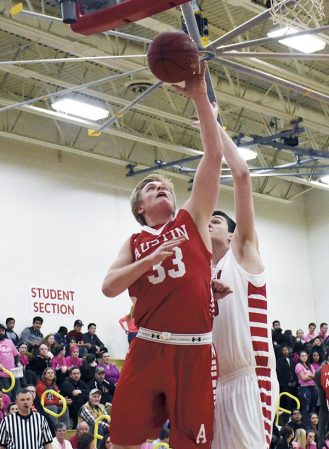 Kyle Oberbroeckling goes up for an inside shot against Mankato West’s Michael Sathoff in Packer Gym Monday. Rocky Hulne/sports@austindailyherald.com