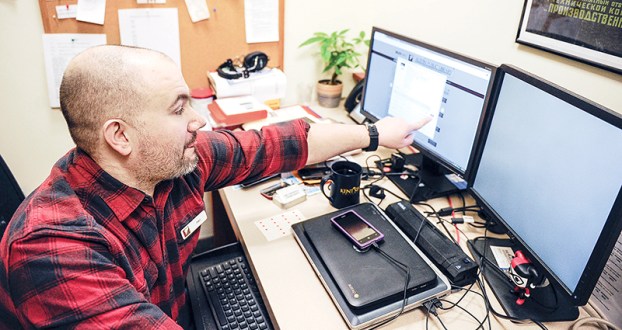 On the Map; New mapping function to help find items

Austin Public Library has a new tool to help patrons find their books and other items to check out.

Earlier this month, the library debuted a program through Stack Map where library patrons can look up items on the SELCO and Austin Public Library sites and generate a map to their location.

“So for people who don’t know the Dewey Decimal System or aren’t really sure where some of these smaller collections in the library are, it will actually show you physically in the library where it is, and you can even print it off from home,” Technology Librarian Jake Fejedelem said.

Austin is the first SELCO library to use the system after the idea came up at a tech team meeting, and the idea excited Fejedelem.

“That’s like the coolest thing I’ve ever seen,” Fejedelem joked. 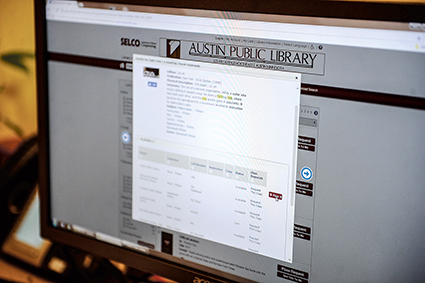 The Austin Public Library has unveiled it’s new Stack Map function that makes it easier to find books within the library.

Stack Map takes a floor plan of the library and all the shelving and the library then plots all the call numbers for books and movies to the map.

When people log in at the library or at home, they simply hit the “Map It” button and then get a printable map that shows where the item is located.

Though it will take a bit for people to learn about and get used to the program, Fejedelem said it will help answer one of the most commonly asked questions at the library: Where is this item?

“It’s like: That solves so many problems,” he said. “I think once people get used to using it, it’s going to be a game-changer, because a lot of questions we get are: I have it up on the catalog; where is it in the library?”

On the average shift, Fejedelem said he’ll get about a dozen questions per shift asking for help finding books. 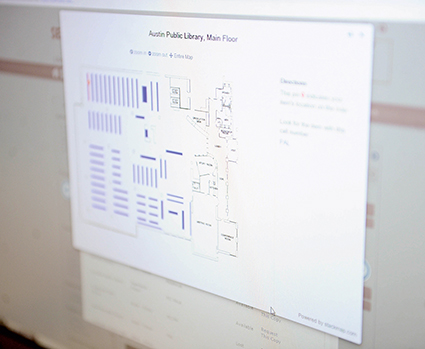 A map shows off where a particular book is within the library. This is done through Stack Map which has recently been unveiled at the Austin Public Library.