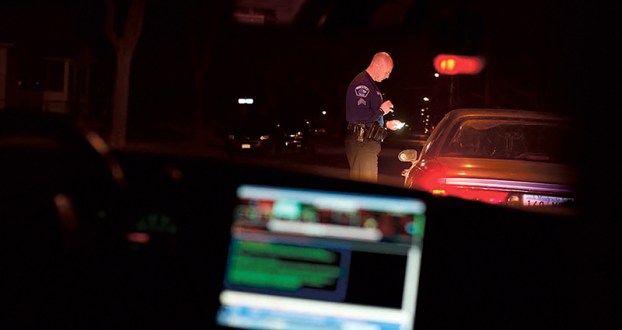 The Minneapolis City Council has signed off on a budget for 2017 that includes $1.3 million to hire 15 new police officers. Council members heard from around two dozen opponents of the plan, who say the resources would be better spent on crime prevention. Council members made a series of tweaks to the budget in the hopes of addressing those concerns.

The group Neighborhoods Organizing for Change has led the opposition to the police hiring push, including just before the final vote Wednesday.

Londel French was among many who said additional officers won’t improve public safety. French said Minneapolis police arrested him last year as he was working part-time as an Uber driver on Lake Street. French, who is black and lives in south Minneapolis, says he still can’t figure out why he was charged with trespassing.

“We’re over-policed in my neighborhood. Too many people who look like me are going to jail for frivolous stuff. Trespassing. That’s frivolous,” he said.

Meg Riley spoke for many when she said additional officers won’t improve public safety in Minneapolis.

Mayor Betsy Hodges’ $1.3 billion budget for next year spends 7.7 percent more than in 2016. And it increases overall property tax collections by 5.5 percent.

The Police Department is getting a $5.2 million budget boost, or about 3 percent.

The spending plan calls for 12 of the 15 new officers to focus on community policing. The other three will specialize in responding to mental health crises.

In response to concerns about a rise in violent crime downtown — mainly in the Warehouse District — Council Member Lisa Goodman redirected $250,000 from tourism marketing to the Downtown Improvement District for more eyes on the street.

“They would be working at the direction of the DID, which the business community already funds to make sure that people have an escort downtown and feel an additional sense of safety,” Goodman said.

The council also approved a plan by Council Member Alondra Cano to study ways to end relationships with financial institutions that invest in the fossil fuel industry. Cano says the city should stop doing business with Wells Fargo because of its recent fraudulent account scandal and involvement in funding the Dakota Access Pipeline.

“We’re looking to explore better opportunities for the city through our tax dollars to invest in socially responsible companies that are not decimating the environment,” Cano said, adding that could include setting up a municipal bank.

Wells Fargo was unable to provide a response when contacted late Wednesday.

Also approved: a plan from Council Member Lisa Bender to reallocate $67,000 to a program aimed at preventing young victims of violent crime from retaliating against their attackers.

At the request of Hodges, the council pulled $100,000 from the city attorney’s office and put it into the civil rights department to investigate what Hodges says is an uptick in racial and religious discrimination since the presidential election.

“We are in a very divided state in our country and in our world,” the mayor said. “And this is one of the many things we’re going to need to do to think about how to protect the people we represent here in the city of Minneapolis.”

Hodges says the reallocated money will pay for another full-time civil rights investigator.

Investigators to look at electrical system in Oakland warehouse fire

OAKLAND, Calif. — Federal officials investigating a fire that killed 36 people during a party at an Oakland warehouse plan... read more