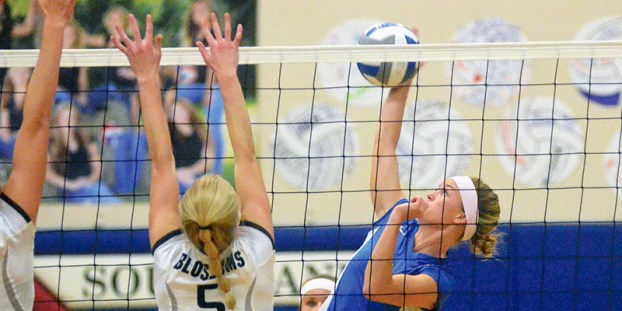 ADAMS —The Southland volleyball team went back and forth in the first two sets, but it found its rhythm and consistency in the last two sets as it beat Blooming Prairie by scores of 25-23, 17-25, 25-13, 25-19 in Adams Monday.

The Rebels (2-12 overall) were clinging to a 13-11 lead in the third set when Kaysie Allen, who had four ace serves, put together an eight-point serving run to make it 21-11. Southland led the final set 11-10 and it was able to pull away down the stretch to get the match. 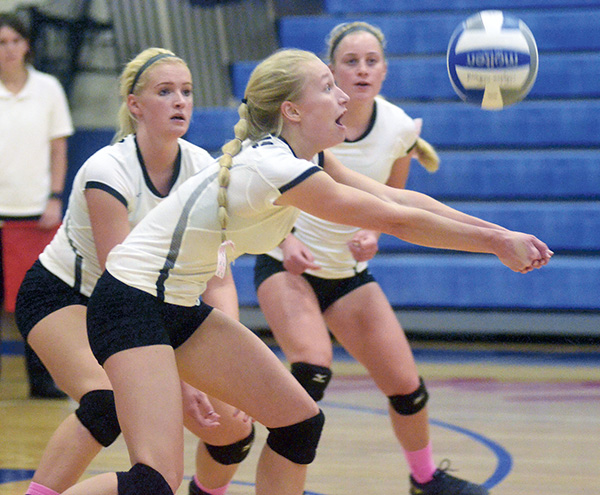 “We work on serving a lot in practice and that’s what we want to be is a good serving team,” Allen said. “Tonight we really kept our heads up through the mistakes. After we lost the second set we came back more confident than ever because we knew we needed this win to help us for playoffs.”

Southland was able to stay on the attack throughout the night as McKendry Kennedy and Brianna Johnson each had 11 kills. The Rebels have now won two of their last four matches after dropping their first 10 contests of the season. 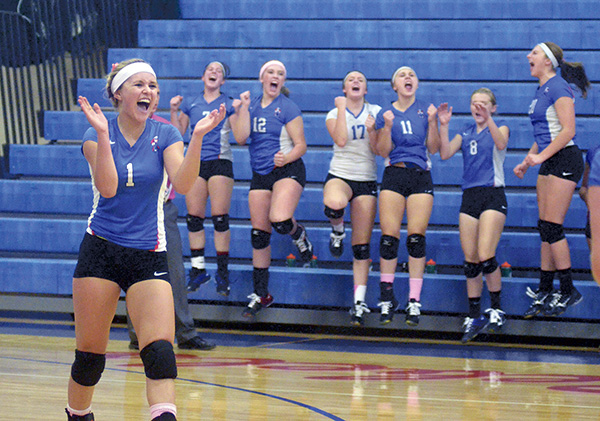 “Positivity is really keeping us up. We’re not getting down on ourselves,” Kennedy said. “We were just really pushing through and not letting go. This really gives us confidence.”

Courtney Wobschall had 10 kills and Leah Inwards had 14 set assists and 13 digs for BP (7-14 overall). The Blossoms struggled with serve receive at times during Monday’s loss.

“This was another frustrating loss tonight,” BP head coach Ranell Kittelson said. “Our team had a difficult time executing on both sides and could not be consistent enough to finish once again. It’s frustrating as I feel we are a much better team than what has been showing up the past few matches.” 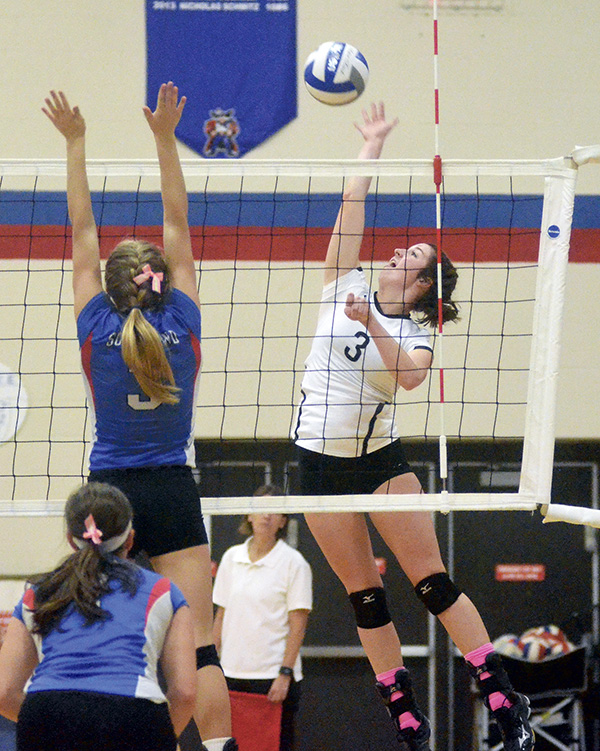 Blooming Prairie’s Sam Wurst goes up for a hit against Southland in Adams Monday. Rocky Hulne/sports@austindailyherald.com

The Peer Power Partners (PPP) mentoring program is kicking off its 2016-17 programming on Oct. 17-18 with engaging community events... read more