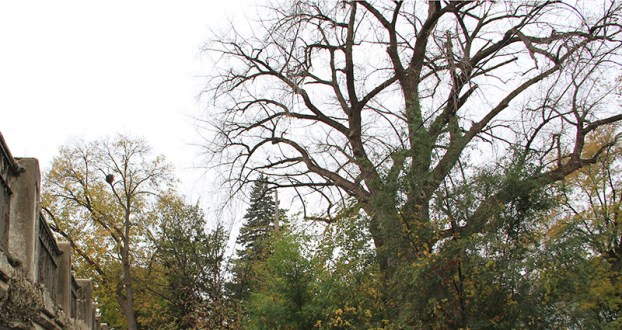 After many years of discussion, the Oakland Place Southeast bridge is being replaced and Oakland will close to traffic starting as soon as today. It will be close until around late May. However, a larger cotton wood will be cut down as part of the project, which has caused some residents to speak out. Jason Schoonover/jason.schoonover@austindailyherald.com

Despite some residents speaking out, a large cottonwood along 13th Street Northeast just north of the bridge is still set to come out as part of the project to replace the Oakland Place Southeast bridge.

The tree and others around it are being taken out as part of the project includes replacing retaining walls along Dobbins Creek.

Though people have spoken out through letters to the editor in the Herald and in speaking with local officials about saving the tree, it is set to come out as part of the project.

While he was pleased people have embraced the idea of saving the cottonwood, Spruce Up Austin member Mike Ruzek said he can understand the reasons to take it out as part of the project.

However, Ruzek spoke of the need to plant more trees to replace the ones taken out and to keep up with the ones the naturally die each year. That takes on an added important, Ruzek argued, as emerald ash borer continues to be an issue around the state. 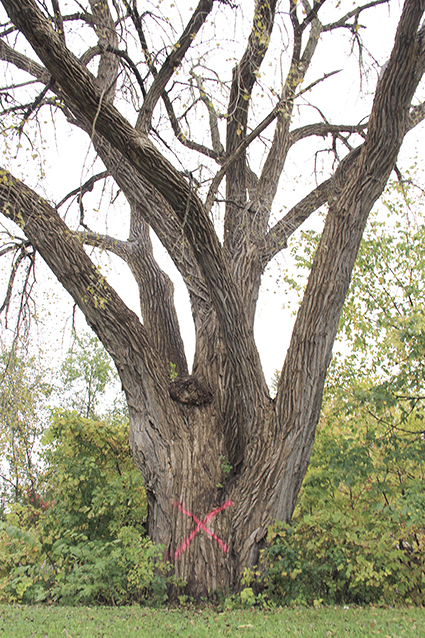 This large cottonwood is set to be cut down as part of the project to replace the Oakland Place Southeast bridge at the southern end of East Side Lake.
Jason Schoonover/jason.schoonover@austindailyherald.com

“We should be planting trees every year,” he said.

Ruzek said he hopes the wood from the cottonwood will be well utilized, adding he was pleased that some of the oak trees taken out to build Hardees were made into wood bowls soon to be on sale at the Austin ArtWorks Center.

“Something good came out of taking down those trees,” Ruzek said.

ALBERT LEA — The two candidates for District 27 senator presented a stark contrast on why they should be elected... read more