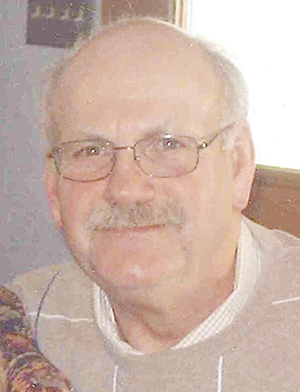 Jon was born on March 21, 1950 in Austin, Minnesota to Henry and Barbara (Bassler) Wacholtz. Jon was a loving father to his daughter, Sara and loving grandfather and mentor to his grandchildren, Burton, Jack and Sydney.

Jon grew up in Austin and graduated from Pacelli High School in 1968. He graduated from St. Thomas University in St. Paul with a Bachelor of Arts and Accounting degrees.

Jon worked on the Milwaukee Railroad several summers, during high school and college. He worked at North Star Steel in St. Paul, Minnesota, First Fidelity Bank in Stewartville, Minnesota, Department of Natural Resources and Benike Construction in Rochester, Minnesota, and then owned and operated JW Tile Craft for over 30 years.

His favorite passion was Drag Racing, and GTO Car Clubs. Jon was an active member of NHRA Drag Racing, NHRA Division 5, USA Stockers Association, and Midwest Heartland Stock/Superstock Association as well as GTO Land of Lakes, GTO AA, and MN Tomahawk Chapter 13 POCI. One of his favorite vehicles was the carousel red ’69 GTO Judge.  Jon served as Concours Judging Chairman for GTO AA, and served in other leadership positions in GTO clubs. He was also an avid duck hunter.

He was preceded in death by his parents Henry and Barbara Wacholtz.

A Funeral Mass will be celebrated 11 a.m. on Thursday, Oct. 6, 2016 at St. Augustine Catholic Church with Father Jim Steffes officiating. There will be a 7:30 p.m. rosary on Wednesday at Mayer Funeral Home where friends may call from 5 to 8 p.m. and also one hour before the service at the church on Thursday.

OWATONNA — The Austin football team made some big plays with their passing game, but they couldn’t hold off a physical... read more