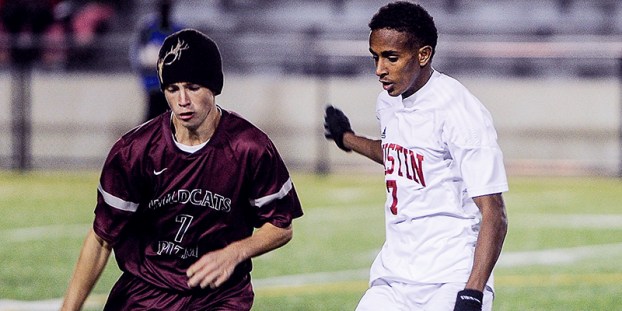 Austin’s Abel Gebrekiros challenges Pine Island/Zumbrota-Mazzeppa’s Brandon DePestel during the first half of their quarterfinal match-up in the Section 1A Tournament at Art Hass Stadium. Eric Johnson/photodesk@austindailyherald.com

The No. 1 seeded Austin boys soccer team opened with a scoring flurry as it cruised past No. 8 seeded Pine Island/Zumbrota-Mazeppa (11-6 overall) 13-1 in a Section 1A quarterfinal in Art Hass Stadium Thursday.

Abel Grebrekiros scored three of his four goals in the first 10 minutes of the game and Lonyjera Okal added a hat trick of his own in the win for Austin (15-2-1 overall). The Packers will now play in a Section 1A semifinal against Winona in Art Hass Stadium 7 p.m. Saturday. 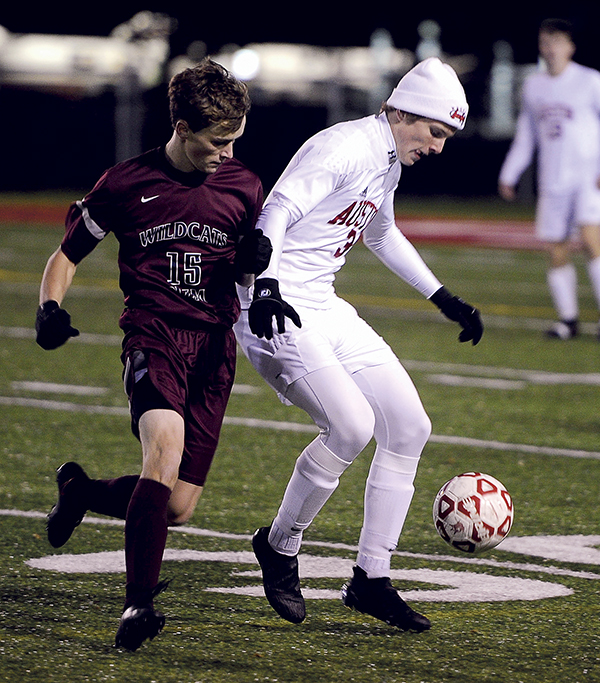 Austin’s Kory Potach fends off Pine Island/Zumbrota-Mazeppa’s Nathan Marx during the first half of their quarterfinal match-up in the Section 1A Tournament at Art Hass Stadium. Eric Johnson/photodesk@austindailyherald.com

“We’re playing well right now, but we have to stay in the moment and focus on Winona,” Okal said.

Austin had seven players score in the win as Matias Parada had two goals, Tucker Nelson had one goal on an impressive, 40-yard bender of a direct kick, and Kory Potach, Caleb Simerson and Pat Sheehan each scored one goal. 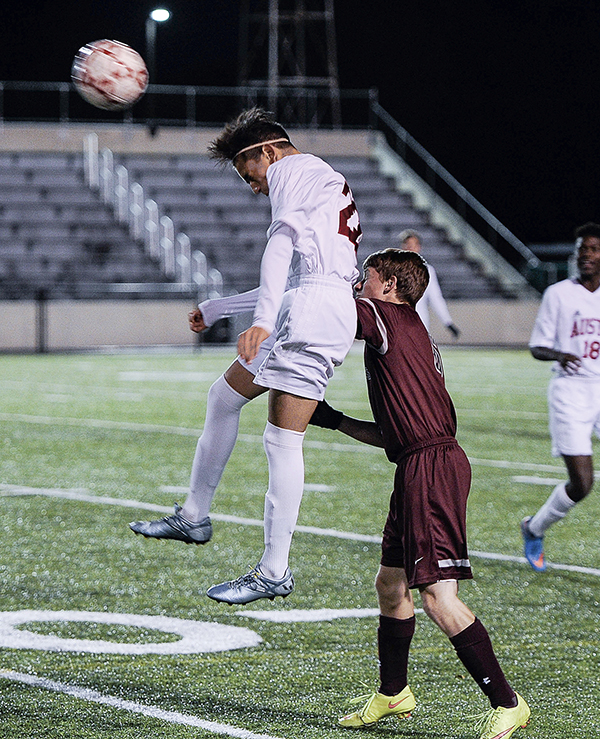 Austin’s Kevin Ortiz heads the ball against Pine Island/Zumbrota-Mazeppa in their quarterfinal match-up in the Section 1A Tournament at Art Hass Stadium. Eric Johnson/photodesk@austindailyherald.com

“We went in with confidence and what we knew we were capable of doing,” Levisen said. “They had to work at it, but they were able to continue to make those opportunities.”

The Packers beat No. 5 Winona 5-1 Sept. 6, and they’re prepared to take on a defensive minded Winhaws team that beat Byron 1-0 in a shootout in the semifinals.

“[That game being a shootout] makes me think Winona was playing really tight D and we’ll come out try to create some opportunities,” Levisen said. “For the seniors this is their last game on this field and that should be motivation in and of itself.”

Chris Kirchgatter and Josh Brehmer each had two saves for Austin. 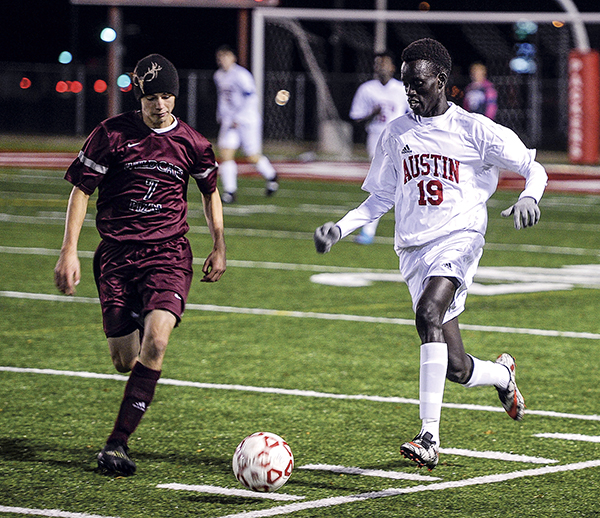 Austin’s Lonyjera Okal races Pine Island/Zumbrota-Mazeppa’s Brandon DePestel to the ball in the first half of their quarterfinal match-up in the Section 1A Tournament at Art Hass Stadium. Eric Johnson/photodesk@austindailyherald.com

Despite some residents speaking out, a large cottonwood along 13th Street Northeast just north of the bridge is still set... read more