When more than 700 racers took to the Austin mountain biking trail across from Todd park Sunday, more than 20 of them were from Austin, showing the team’s growth in its third year.

Austin hosted its second Minnesota High School Cycling League race Sunday with the race beginning at 8:30 a.m. and the final Wave of the day started at 2:06 pm. Boys and girls from seventh through 12th grades and from throughout Minnesota as well as Wisconsin got to compete. 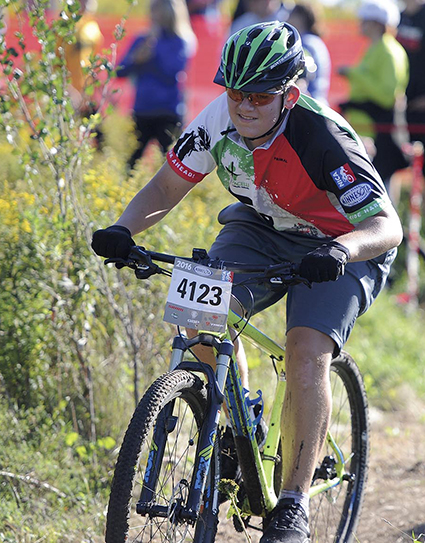 “I just want to enjoy myself out there when I’m competing and hopefully avoid crashing,” Beard said.

For Austin, it was a time to reflect on team’s growth in its third year.

“The first year there was less than 10 people on the team here in Austin,” Brown said. 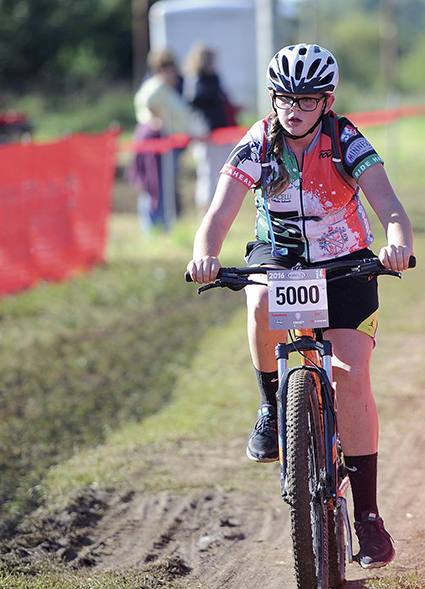 Izzy Stark heads down the finish line for the Austin cycling team.

“Last year we had 16 bikers and we now have 25 so we have really seen steady growth. A really good portion of our growth is middle school riders as well so hopefully we have some long term team members in that group,” he added.

The Austin team, which also includes athletes from Blooming Prairie, Lyle and Pacelli has 25 total athletes ranging from sixth through 12th grades. The sixth graders, since they do not meet the age requirements, only practice. A total of 20 Austin athletes competed in the race.

Prior to coming to Austin, Brown started and head coached a team in Georgia. Brown moved to Austin because of his full-time job with Hormel Foods Corp. and works with the mountain biking team as a passion. 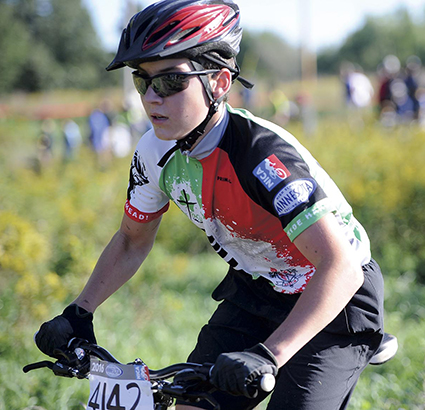 “This is a passion of mine and I love to give back to biking. I raced and cycled myself so this is a fantastic opportunity for me,” Brown said

Sunday’s race was held on Austin’s 3.75-mile trail with some groups racing as many as 5 laps, so the races are as long as 18.75 miles.

Bikes used in the competition must be geared mountain bikes, as single speed bikes and other bikes such as BMX or road bikes are not permitted in competition.

“You can really get the tires rolling out there,”  Brown said “it is a very fast course to ride.”

Austin volleyball team wins one of four in Mankato

The Austin volleyball team won one out of four matches at the Mankato Invite Saturday. The Packers (3-8 overall) beat... read more