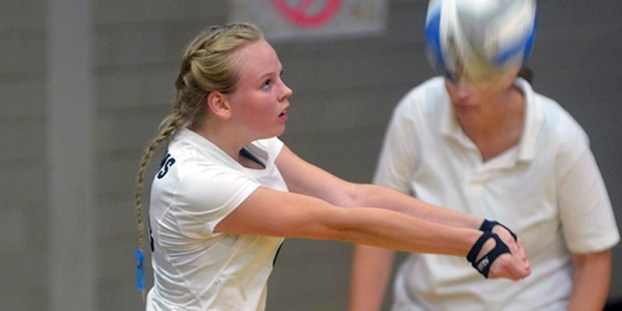 Courtney Wobschall racked up six ace serves in the win for BP (6-8 overall) and the Blossoms were able to get plenty of players on the court in the win. 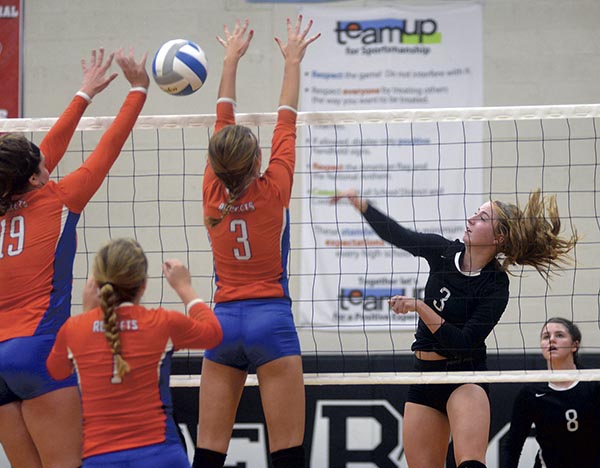 “We work really hard in practice and it’s good to see the girls get a lot of playing time,” Wobschall said. “When everything comes together it’s nice.”

BP had won just once in its previous seven matches before Monday and the Blossoms are hoping that they now have a little momentum on their side.

“The girls came out with confidence and energy. We controlled the momentum and it was kind of a lightened feeling all around. The girls just went out there and had fun,” BP head coach Ranell Kittlelson said. “We got in a lot of girls in who normally don’t get into the game tonight and that was awesome. They did some good things. Our libero was out and Asia [Thostenson] did a good job filling her position.“ 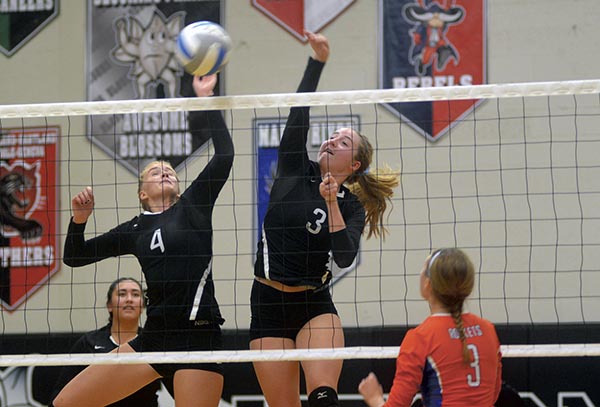 From left: Marissa Larson and Sam Wurst defend the net for Blooming Prairie against Randolph in BP Monday. Rocky Hulne/sports@austindailyherald.com

The Mower County board could make a decision on the way rural properties are assessed at its regularly schedule Tuesday... read more