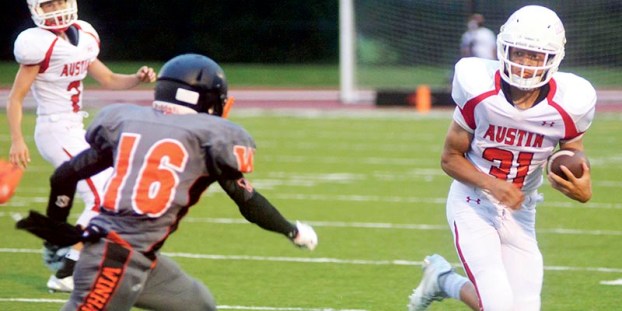 WINONA — The Austin football team couldn’t establish any solid field position and it cost them early on as they lost to Winona 48-7 on the road Friday.

Austin gave up a long punt return, a long kick return and it fumbled away one of its own kick off returns in the first quarter. The Winhawks (2-0 overall) took full advantage by converting three touchdown drives that all went less than 25 yards to take a 21-7 lead in the first quarter.

“We’re not playing the way we should on special teams and it’s hurting us, especially earlier in the game,” Austin head coach Brett Vesel said. 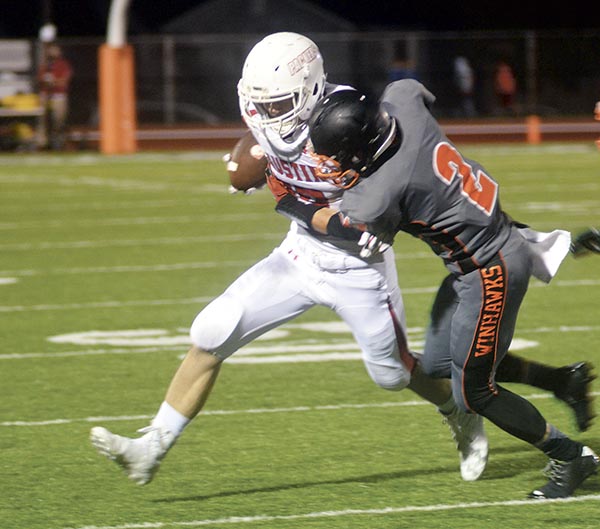 The Packers (0-2 overall) had tied the game at 7-7 when Jany Gash hauled in a 26-yard TD pass from Tate Hebrink with 3:26 left in the first quarter, but the Winhawks had a quick answer as they ran the ensuing kick-off back to Austin’s 13-yard line.

Winona racked up 274 rushing yards and the Packers were held to 63 yards on the ground. Tate Hebrink threw for a career-high 197 yards in the loss and Gash had 121 yards receiving, but the Packers want to stay more balanced on offense.

“We’ve got to run the football,” Vesel said. “Our offensive line, running back and quarterback have got to step up and move the ball running. Passing helps with the balance, but we’ve got to be able to run.” 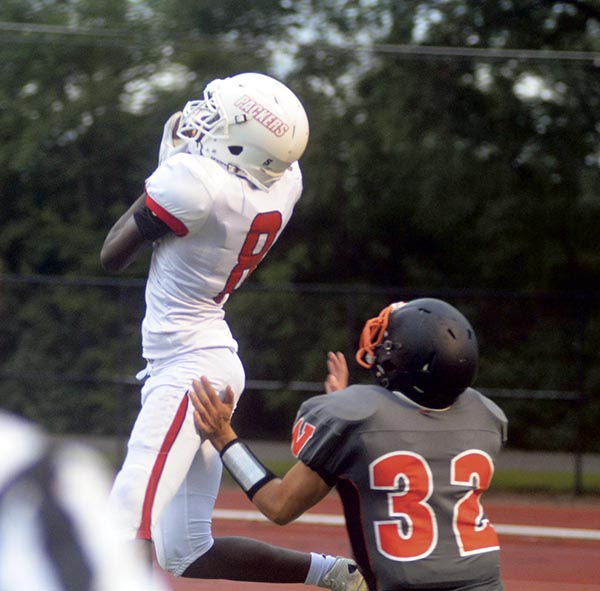 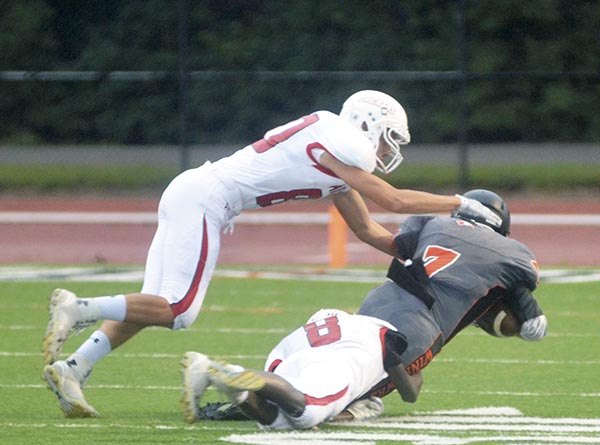