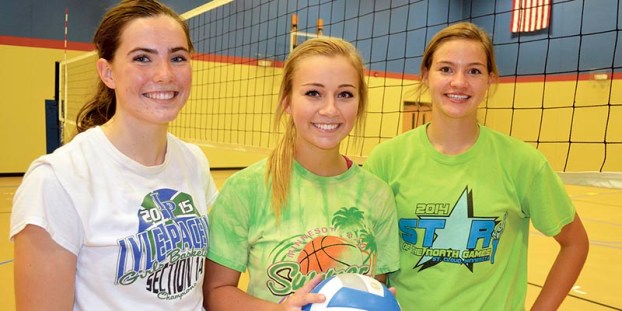 From left: Lucy Nelson, Brooke Walter and Ollivia Christianson have all stepped up for the Lyle-Pacelli volleyball team early this season. Rocky Hulne/sports@austindailyherald.com

LYLE — Last year the Lyle-Pacelli volleyball team had its best season in a decade when it went 15-11 overall and played in the Section 1A West semifinals. But when the team graduated Sarah Holtz, the top hitter for LP, and Courtney Walter, the team’s top setter, there may have been some people thinking the Athletics would have lowered expectations this season.

So far, that hasn’t been the case.

The Athletics have leaned on the emergence of hitters Lucy Nelson, a sophomore who has 53 kills and five ace serves in four matches, and Olivia Christianson, a freshman who has 26 kills and 13 ace serves this year, to fill the hole that Holtz left up front. Junior Brooke Walter, Courtney’s younger sister, has filled in at setter.

“I think it’s been going pretty smooth,” Christianson said. “We haven’t really gone downhill at all. We get better every single day. There’s not a day that goes by that we’re not going all out and we’re always working hard.” 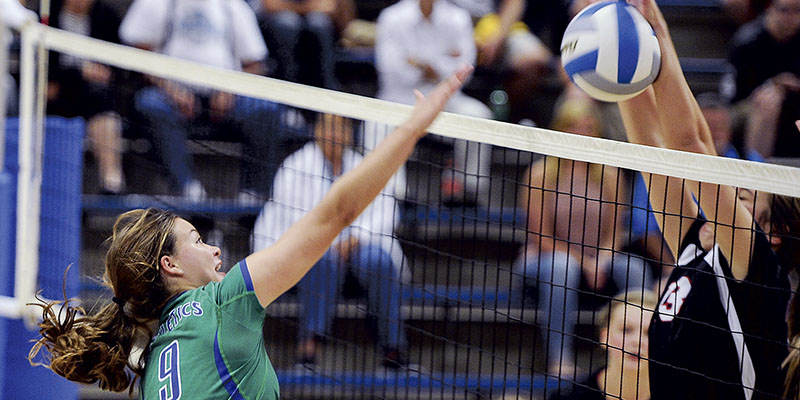 Nelson and Christianson haven’t flinched at the task of moving from role players to standouts this season. Although Nelson wasn’t sure exactly how good she could be until she started producing at the net.

“I think I shocked myself a little bit,” Nelson said. “I was ready to step up and accept that challenge. Once I realized that I could do it, I kept going at it.”

Brooke has given LP (3-1 overall, 3-1 SEC) a vocal leader and she’s racked up 64 set assists and eight ace serves this year. She learned a lot from playing next to Courtney over the last few years.

“Last year I was the second setter and I kind of watched and learned from [Courtney],” Brooke said. “Now I just kind of do what she did. Sarah and Courtney both helped our team, but we know that since they’re not here everyone needs to step up and play a bigger role.”

LP head coach Lauren Cost is pleased with what her team has done so far, but she’d like them to stay locked in on improving every day. She wants the team team to focus on finishing even better than it did last season. 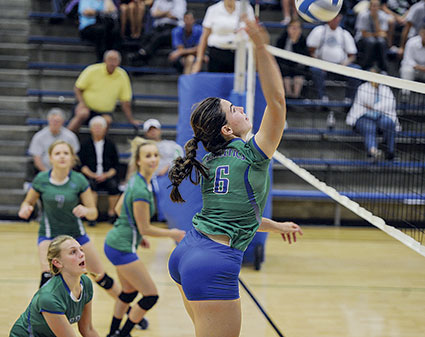 Last year Cost saw potential in Nelson and Christianson and this year they’ve turned that potential into production.

“I’ve known that they’ve had it in them,” Cost said. “For Olivia it was just repetition and timing. She really has a desire to win and be on the court. She’s put herself in a position to be successful. Lucy is quieter and I think she’s holding back a little still. She’s a really heavy hitter and our team needs that.”

Brooke is in charge of distributing sets to her hitters and she said she has plenty of faith in Christianson and Nelson when the match is on the line.

“Lucy and Olivia have definitely filled their role and I have huge confidence in them,” Brooke said. “If they get an error, I know the next play they’re coming back with a kill. They’re crazy good.”

LP will compete in the Hayfield tournament 8:30 a.m. Saturday.