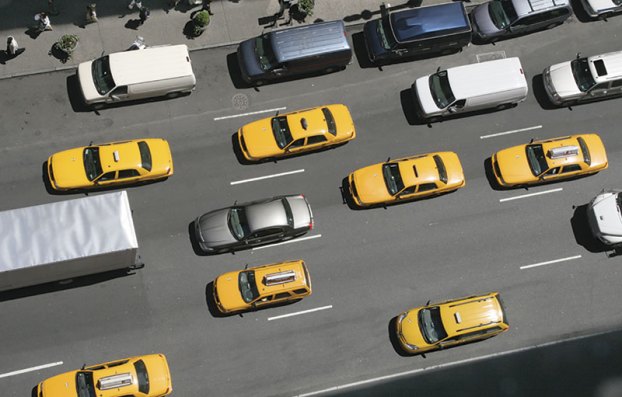 The Minneapolis-St. Paul International Airport is overhauling its regulations for ground transportation with an eye toward the ride sharing companies Uber and Lyft.

The airport wants to level the playing field by instituting a national background check for all drivers — including those working for taxi companies, shuttles, Uber and Lyft — but all major players have issues with MSP’s proposals.

Airport officials say they want to adapt to change, but also want to maintain some order and assure travelers will get good and safe service at the airport.

Cab drivers have long had to undergo fingerprinting and get extensive background checks, partly because they’ve had to have access to secure areas of the airport as part of the regulatory process.

But Uber and Lyft drivers get background checks from the companies they work for.

In attempts to make it fair for both sides, the airport wants to institute a national background check for all drivers — one that doesn’t include fingerprints.

Ride share companies say it’s too onerous for their drivers to undergo a proposed separate background check by the airport.

Taxis have to pay an annual fee of about $3,500 to serve the airport. Ride share companies would instead pay a per-trip fee, which is expected to be about $4. Taxis are worried they might not be able to recoup that big upfront investment, although the airport now lets them pay half up front and the rest through trip fees.

Overall, both sides have reacted unhappily to the proposed changes.

Taxi drivers say this is letting newcomers take their business on the cheap, changing the rules in the middle of the game and threatening their livelihood.

Lyft and Uber have major concerns about a proposed requirement that their drivers would need to have extra identification, like an enhanced driver’s license.

They’re also against requiring drivers to make an in-person visit to the airport. Both Uber and Lyft have also sent letters to the Metropolitan Airports Commission saying this in-person requirement is a deal breaker for them and would keep them from serving the airport — despite what many of their customers want. Lyft says this would be more onerous than nearly 70 other airports it serves.

There’s a cultural conflict here, too. A lot of taxis are driven and owned by minorities and by immigrants — many of them African immigrants. People representing Uber and Lyft at a hearing on the proposed changes in January were mostly white.

The airport commission has a meeting scheduled for next Wednesday to explain the compromises it is proposing. The meeting will include public comment. The changes will take the form of updates to three airport ordinances.

MAC’s management committee will weigh the changes, and make a recommendation to the full commission. The changes would start to take effect in January, and would be implemented through administrative changes over the course of 2017.

Disturbances at MOA lead to 10 arrests

By Tim Harlow Minneapolis Star Tribune A series of disturbance calls over the course of several hours Monday evening at... read more