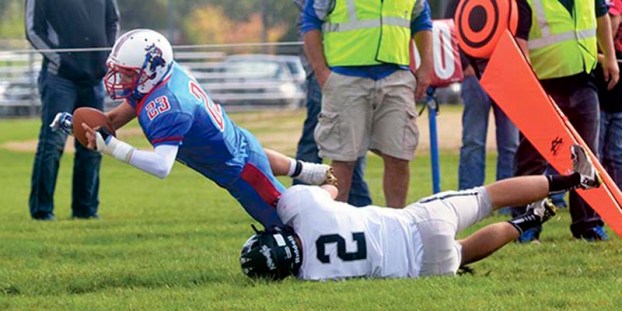 Jared Landherr stretches out for extra yards while being tackled by Kingsland’s Jackson Reindels in Adams Saturday. Rocky Hulne/sports@austindailyherald.com

ADAMS — The Southland football team put up a dominant performance as it blasted Kingsland 48-0 in its home opener in Adams Saturday.

The Rebels (2-0 overall) held the Knights (0-2 overall) to -4 yards of offense and Southland was able to find balance with its offense. Junior Parker Brigham scored his first career touchdown for the Rebels on a 4-yard plunge to make it a 7-0 game and he added a 22-yard interception for a TD and an 83-yard run for TD in the win. 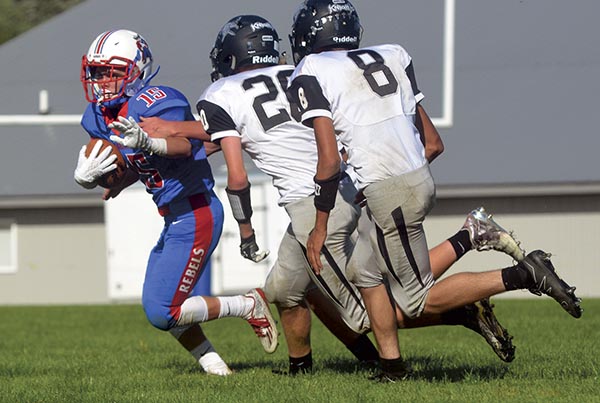 “I feel like we stepped it up this week,” Brigham said. “Coach made it sound like I would be blocking all game and then he started calling my number. I was excited and I finally found an open hole.”

Southland’s defense controlled the game throughout as the Knights never threatened to score. The Rebels scored two defensive touchdowns and they tallied six sacks.

Southland’s special teams joined in the scoring act as Jared Landherr ran a punt back 53 yards for a score to make it a 34-0 game. 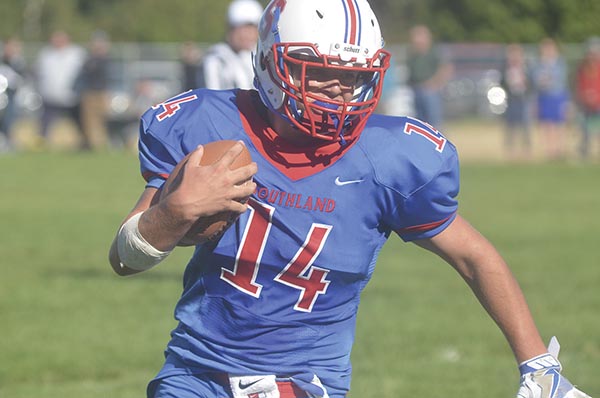 “I thought the kids came to play ball and [Kingsland] had a few kids out. They’re a much better team that what they showed,” Southland head coach Shawn Kennedy said. “We had a special teams touchdown, a defensive touchdown and an offensive touchdown and that makes for a nice outing. I’m glad that we won, but now we have to play Lewiston-Altura on Friday and they’re tough as heck.”

Southland quarterback Carl Mueller had a big game under center as he threw for 166 yards and two touchdowns. He found Bret Matthews for a 64-yard TD to make it a 13-0 game in the first quarter and he hit Lee Wilson on a 28-yard TD pass that made it 42-0.

“When our line blocks like they did today, our passing game will be a lot better,” Mueller said. “We also take a lot of pride on our defense.”

Brigham came to Southland from St. Ansgar and he’s given the Rebels a big boost on both sides of the ball early on. Kennedy said he has other ways he plans on using Brigham in the future.

“He is an amazing athlete. He can play quarterback and there’s a lot of stuff we haven’t used with him yet because we haven’t had to,” Kennedy said. “He’s a versatile athlete and we can’t coach what he does. We want them to be athletes out there.” 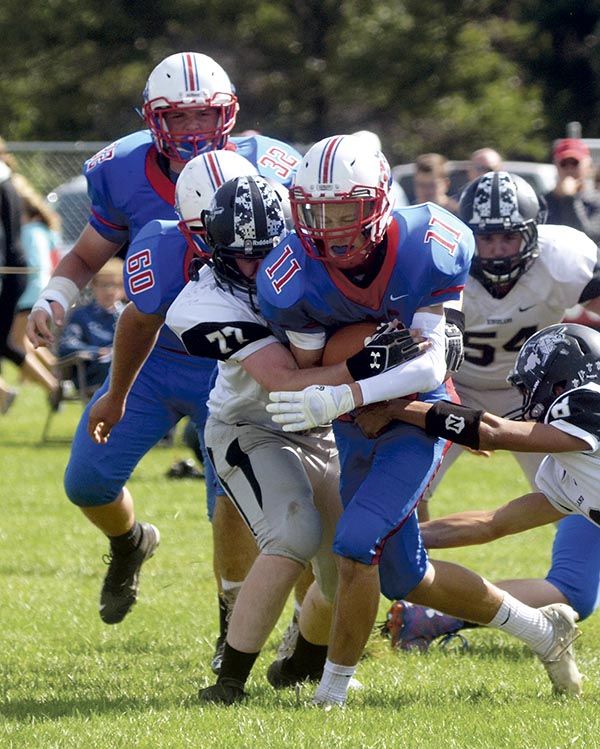 Southland’s Parker Brigham is brought down by a group of Kingsland defenders in Adams Saturday. Rocky Hulne/sports@austindailyherald.com 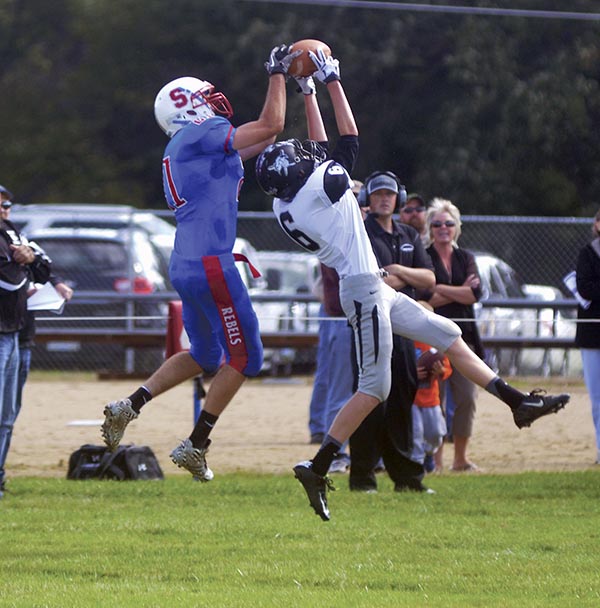 WINONA — The Austin football team couldn’t establish any solid field position and it cost them early on as they lost... read more