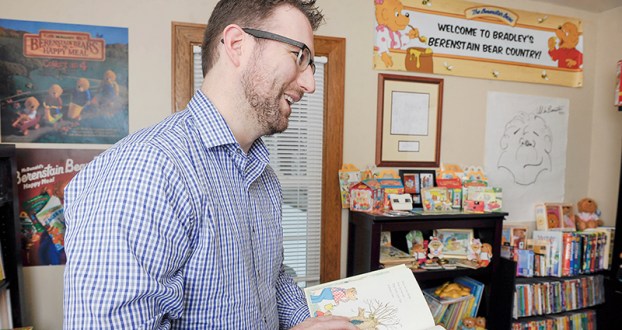 Bradley Mariska was featured in the March-April 2016 edition of Austin Living Magazine where he showed off his massive collection of Berenstain Bears memorabilia which included some very rare books. -- Herald file photo

Leaving the Bears behind; Mariska leaving Berenstain collection back in Austin

Former Austin High School band director Bradley Mariska holds the record for the largest collection of Berenstain Bears memorabilia and now he’s opening a year-long exhibit located inside Sweet Reads starting with a reception from 11 a.m. to 1 p.m this Saturday.

Mariska started collecting, which is in the process of being formalized by the Guinness Book of World Records as the largest such collection, when he was a boy and wanted the full Berenstain Bear book collection. When Mariska discovered Ebay, he began collecting more than just books.

Mariska, who has moved to Farmington, Minnesota, to be the high school’s band director, left his collection behind where it will be displayed inside Sweet Reads. 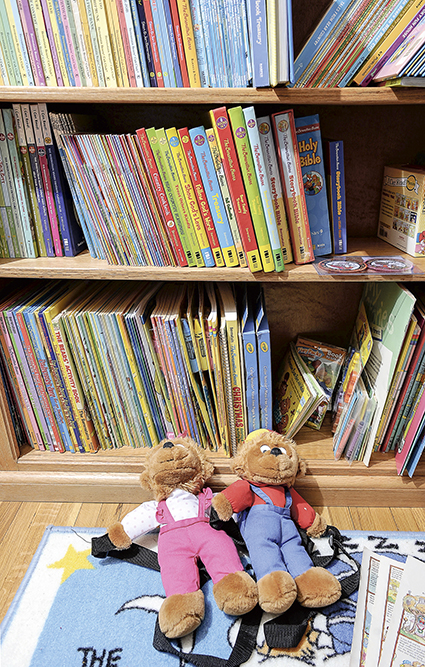 “He’s made such an impact,” said Lisa Deyo, owner of Sweet Reads. “It’s a piece of Brad we can cherish.”

Stories about the collection, food and a meet-and-greet with Mariska, will all be featured at the grand opening this weekend.

Before the open house takes place, Phil Gonzalez, who is partnering with Mariska, will be recording an invite-only podcast, held inside of Sweet Reads.