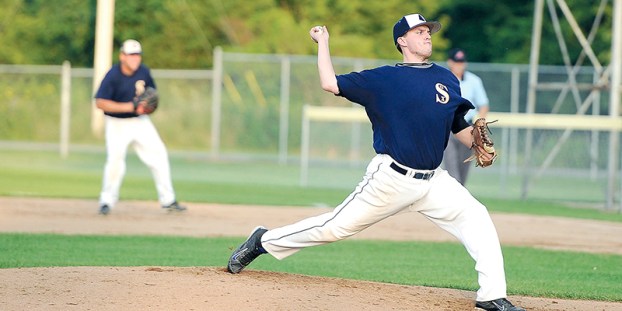 Austin Blue Sox pitcher Jon Mittag waited a long time for his first chance to start on the mound against the in-town rival Austin Greyhounds, but he made his chance count.

Mittag, who has pitched with the Blue Sox for five years, made his first start against the Hounds and he allowed just one run in seven innings in a 7-2 Blue Sox win in Marcusen Park Wednesday.

Mittag allowed a second inning solo homer to Logan Spitzack, but he recovered by scattering five hits and zero walks over the next five innings. 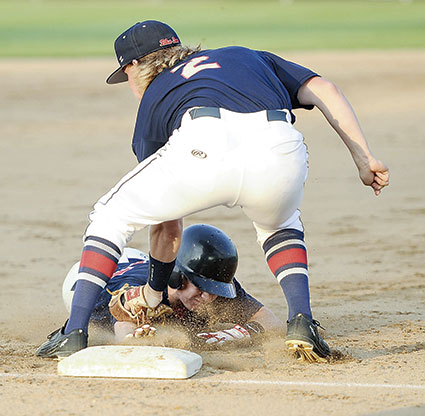 The Blue Sox (8-7 overall) took a commanding 5-1 lead in the fifth when Jason Stoulil doubled in two runs and Brandon Rector had an RBI single.

Mittag was feeling some nerves, but he was also thrilled to pitch against the Hounds.

“That kind of pumped me up and we always try to come out tough against the other Austin team,” Mittag said. “When we scored four runs [in the fourth], that kind of takes the load of your shoulder.”

“Any time Ricky or Quinn get on the bases they no what to do and they have the green light [to steal],” Rector said. “We wanted to get seven out of Jon tonight. His last couple of starts haven’t been exactly spot on, but tonight he was spot on and he worked hard.”

The Hounds (4-10 overall) had won two straight games before Wednesday’s loss and now they’re looking to bounce back.

“We’ve just got to gear up for the playoffs at this point,” said Hounds co-manger Matt Cano, who was two-for-four with an RBI. “Next week we’ve got three section games and we’ve got six total left. We’ve got to get in a groove.”

The Hounds will represent Austin as part of the Town Ball Classic at Target Field in Minneapolis 2:30 p.m. Saturday. The event will generate $50,000 to aid youth baseball and softball.

“We’re excited to play in it. A lot of people will get a chance to go and hit and pitch,” Cano said.

Tickets can be purchased for $10 online through the Minnesota Twins web site or at any upcoming Hounds game in Marcusen Park. The Hounds are arranging a bus to the game with a cost of $25 per seat for the round trip.

Austin U13 boys soccer team is headed for state tournament