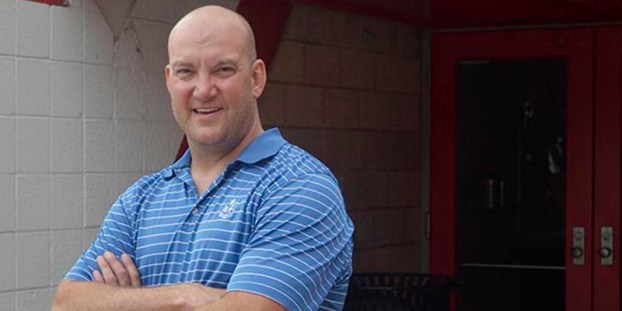 Merritt will take over as Austin boys hockey coach

Jason Merritt is ready to take the next step in the coaching world.

After coaching at the youth level and high school level over the last 12 years, the 1990 AHS grad is going to be the head coach of the Austin boys hockey team starting this winter, and he’s excited for the task at hand.

“I’m kind of the old school guy. I bleed red and white,” Merritt said. “I don’t care what the sport is, I want them to succeed. I especially want the hockey program to succeed. When you go inside Riverside there are banners that show that at one time we were a successful program. We want to bring back some of the tradition of good hockey here in town.”

Merritt played for the Packers when he was in a high school and he was a varsity assistant for a four-year stint. He also coached mites, bantams and summer hockey.

Through the years, Merritt has learned quite a few lessons about coaching.

“It’s nice to kind of learn as you go and not be thrown to the wolves at the high school level,” Merritt said. “You kind of learn what works as you’re coming up. I’m hoping with the years of coaching that I’ve had under my belt so far that it will help this year.”

The Packers went 7-15-1 overall last season and Erik LaRock resigned after the year came to an end.

“Erik did a good job. With a break here or a bounce there, maybe they have 11 instead of seven wins last year,” Merritt said. “I’ve coached these kids at the bantam level and I know they can compete. I think Austin’s ready to have a very competitive hockey program again.”

Merritt is all for his players being active in other sports and he’d like his team to be a group of well-rounded athletes.

“If a kid wants to play other sports, that’s what we’re looking for,” Merritt said. “We’re looking for athletes and kids that want to compete. I get that some kids just want to play hockey and that’s fine, but if they want to do numerous things, they better do that.”

Whenever they have their ace on the mound, the Austin Blue Sox are a confident squad and that was the... read more