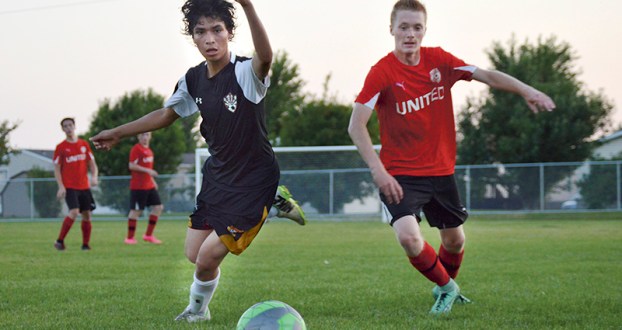 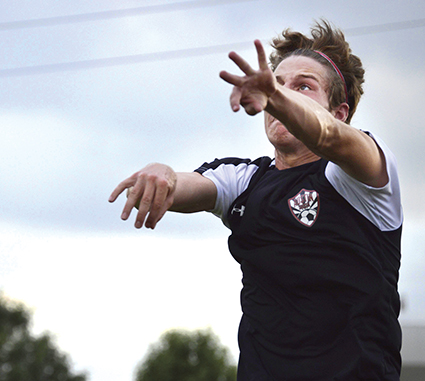 Corbin Munger does a throw for the Austin U17 boys during the section finals game of the Division C3 State Soccer Tournament in Mankato Thursday against Coon Rapids.