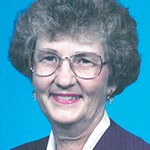 Janet C. Sandum, 80, formerly of Austin, Minnesota died peacefully at her home in Blaine on Saturday, July 2, 2016.  Janet was born June 2, 1936 in Flagler, Colorado to Edwin and Clara (Meyer) Lange.  Janet grew up in the Sargeant/Austin area, and graduated from Austin High School with the Class of 1954. She then met her life-long love and was united in marriage to Boyd T. Sandum in Sargeant on June 16, 1957.  Janet enjoyed being a homemaker and working as a legal assistant. She also loved baking, doing needlework, collecting Longaberger baskets and Precious Moments, camping, cheering for the Minnesota Twins and vacationing in Arizona.  Janet was an active member of St. John’s Lutheran Church and especially enjoyed singing in the church choir. She served on the Board of the Austin Artist Series. She was selfless in her volunteer work and in the friendships she cherished.  Janet was the heartbeat of her family that she loved so much.

Janet is survived by her husband, Boyd Sandum of Blaine; children, Diane (Jim) Felton of Fridley, Deb Bernier of Blaine, and Dave Sandum of Prescott, Wisconsin.; four grandchildren, Lauren, Taylor, Briana, and Natalie; two great grandchildren, Madison and Landon; brother, Verland (Darlene) Lange of Ostrander; sisters-in-law, Glennis Pearson of Ft. Pierre, South Dakota and Peggy (Al) Smidt of Buffalo Center, Iowa; many nieces and nephews, and other relatives and friends.  She was preceded in death by her parents and her grandmother, Emma Einspahr.

Funeral services will be held on Thursday, July 7, 2016, at 11 a.m. at St. John’s Lutheran Church in Austin with Pastor William Natzke officiating.

Visitation will be held from 4 to 7 p.m. on Wednesday at Worlein Funeral Home in Austin and one hour before the service at the church.  Interment will be in Ft. Snelling National Cemetery in Minneapolis following a small memorial service at her home at Edgewood Senior Living in Blaine at a future date. Please continue to look at www.worlein.com for the future date and time of the memorial service at Edgewood Senior Living in Blaine, Minnesota. Memorials in Janet’s memory may be directed to the family or to the Alzheimer’s Association.  Condolences may be expressed to the family online at www.worlein.com.