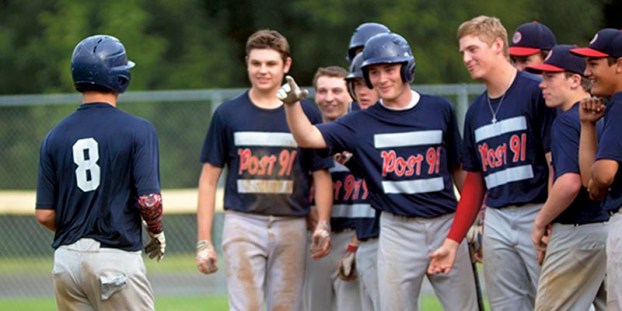 Austin’s Dylan Gasner is greeted by his teammates at home plate after hitting a home run in Marcusen Park Thursday. Rocky Hulne/sports@austindailyherald.com

The Austin Post 91 Legion baseball team waited for a little rain to pass and then they put up their biggest scoring inning of the season that triggered a sweep of Faribault in Marcusen Park Thursday.

After a half-hour rain delay, Post 91 racked up 13 runs in the top to the fourth inning to win game one 14-1 in five innings and it took the nightcap 16-6 in six innings.

Nate Conner, who went four-for-six on the night, said that Austin (12-5 overall) was able find its bats once the team knew it was actually going to be able to play both games. 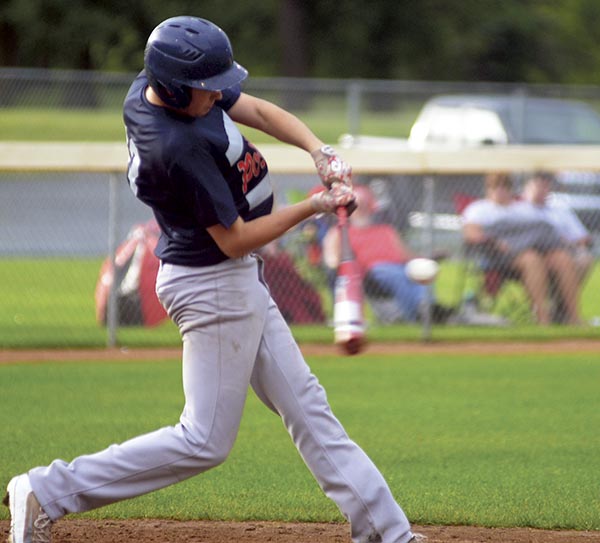 Dylan Gasner had six RBIs on the night, but his biggest hit came when he blasted a three-run homer over the right field fence to put Post 91 up 9-1 in the first game. It was the first homer of Gasner’s baseball career.

“That was fun for me personally, but it was nice for me to add some runs for the team,” Gasner said. “Everyone on our team knows how to hit the ball, we just need to stay within ourselves and stay true to our approach and we’ll be good.”

Alex Ciola picked up the pitching win in the first game and Jason Stoulil picked up the win in the nightcap. Stoulil also boosted Austin’s offense with a three-run double to get Post 91’s bats going in the second game.

“In the first game or two [Ciola] was inconsistent and keeping the ball up. As the year’s been going he’s only been getting better,” Kroc said. “He just needs to keep the ball down.”

Austin is buckling down for the stretch run as the team has just over a week remaining. After going to the state tournament last season, Post 91 is hoping to make another long playoff run this summer.

“We know what we need to do to get to where we want to be at the end of the season. We’re just trying to get to that point,” Conner said. 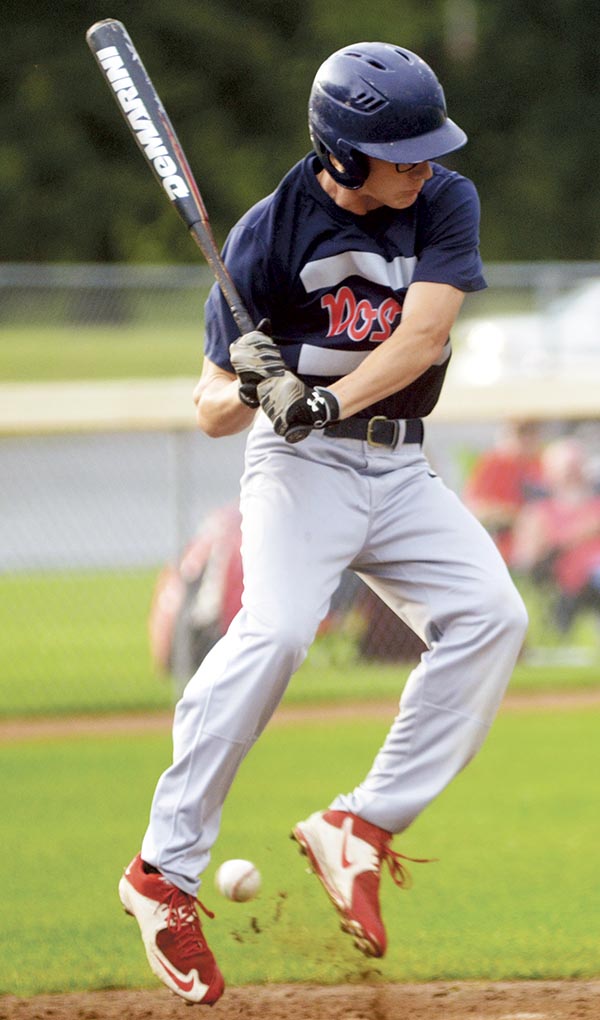 Austin’s Evan McAlister is hit by a pitch against Faribault in Marcusen Park Thursday. Rocky Hulne/sports@austindailyherald.com

A year on the brink; AHS athlete finds solace in sports after moving across the country and losing his father…

When Matias Parada decided to play soccer for the Austin Packers last fall, he wasn’t planning on staying for more... read more