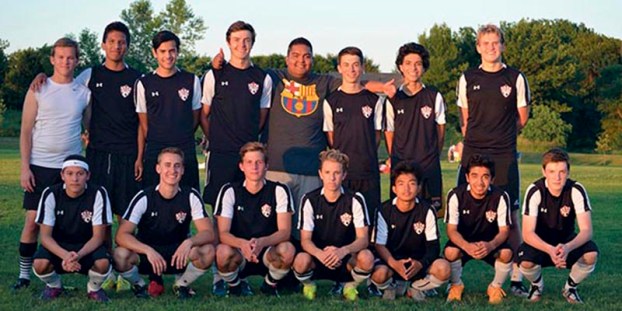 The Austin 17U boys soccer team will put the finishing touches on a solid summer season when it plays in the six-team Division C3 state soccer tournament in Mankato next week.

Austin (11-0-1 overall) will take on Faribault 7 p.m. Tuesday and it will play Coon Rapids 7 p.m. Thursday. If Austin is able to win its three-team pool, it will compete in the title game noon July 23 in Shakopee.

“I’m proud of this team, especially with the camaraderie that they show with each other,” Austin head coach Dennis Parada said. “Ever since our first game, we’ve come out and played how I want them to play. They’ve played with the ball and dominated the ball for the most part. I know they’ll be able to take these experiences into their futures.”

Parada has coached this group of players since they were 14U players and this is the second time they will be playing in a summer state tournament. Austin is coming into the state tournament on a high note as it beat Waseca 5-0 and topped Faribault 5-1 in the playoffs.

While he’s happy with his team’s overall record, Parada said he always pushes his squad to play the right way. He wants to make sure his team wins with ball movement and solid defense.

“The results are the first things that people look at, but I always look at how we perform,” Parada said. “There’s been times that we haven’t performed up to our standards and we still won. We want to get back to possessing the ball and controlling the game.”

The Austin Post 91 Legion baseball team split a doubleheader against the Rochester Patriots to close out its regular season... read more