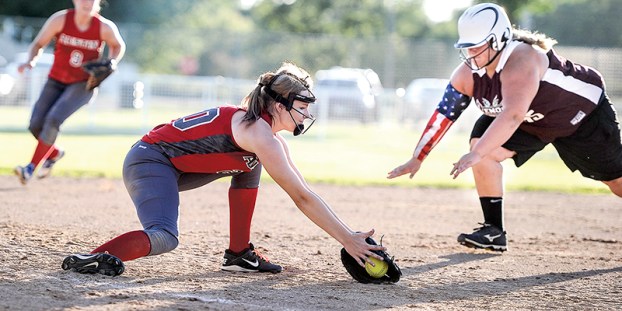 Austin pitcher Hannah Rasmussen was starting to feel the effects of pitching 11 innings in one day when she had to dig deep and close out a Southern Minny title for the Austin 16U softball in team in Todd Park Wednesday. 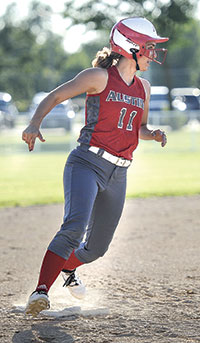 After Austin won the first two games against Triton 11-1 in five innings and 8-4 in three innings, the Venom had scored three runs in the fifth and final inning of the final game of the day and had the tying run on third base.

Rasmussen was able to gut it out and get a game-ending strikeout to give Austin a 6-5 win and a Southern Minny championship.

“I just had to throw my only pitch that was working. Not much was working anymore,” Rasmussen said. “I knew we needed these three wins and I had to get in the mind-set to get the wins.”

Rasmussen allowed eight hits, five walks and just three runs, while striking out 12 in 11 innings in the circle Wednesday.

“Hannah always does that for me. I’ve never had a situation where she hasn’t,” Austin head coach Dan King said. “She’s gone five games in one day for me before and she’s never let me down. They played really well and they played really resilient. You couldn’t ask for anything more than what happened today.” 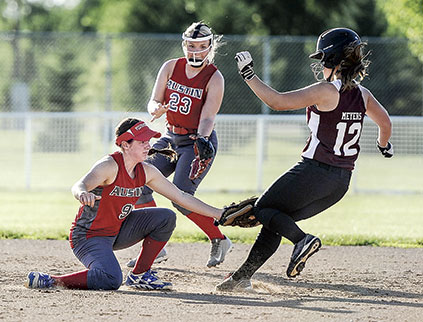 Austin 16U shortstop Lily Riddles puts the tag on for the out against Triton.

Austin (22-6-1 overall, 13-5-1 Southern Minny) was able to build up a 6-3 lead in the final game when Caitlin Kaercher and Lily Riddles each had an RBI single in the third inning.

Adison Medgaarden had another big day at the plate as she went eight-for-nine with five doubles. Medgaarden had 14 straight hits going back to Monday before she finally popped out in the final game.

“We’ve improved a lot over the year I think. I was pretty confident this week,” Medgaarden said.

16U’s Alana Rogne takes in a throw on a pick-off attempt against Triton Wednesday night at Todd Park.

Austin 14U softball team won the Fairmont Classic B and C division Tournament on July 8. Austin, which will also... read more