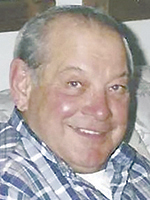 Per his wishes, cremation has taken place and a private family service will take place at a later date.

Arnie was born on Dec. 6, 1939, in Austin, Minnesota, the son of Glenn and Ruth (Heydt) Lowe. He graduated from Rose Creek High School. He was united in marriage to JoAnne Krachmer on May 19, 1959, in Austin, Minnesota. They had three children: Christy, Troy and James. He served in the U.S. Army from 1959-1962 and was stationed in Germany for two years and two months as a carpenter. Elvis Presley was also in Germany at that time. Arnie said Elvis was like everyone else in the service except he didn’t have to live on base and he never sang while he was there. Arnie was a jack of all trades, working at White in Charles City, Wood Harbor and Winnebago and owned and operated Lowe’s Bakery in Osage for several years. Arnie also enjoyed fishing, snowmobiling, and spending time with family, and enjoyed having a beer at the local establishments.

Online condolences may be left at www.iowacremation.com under Obituaries.