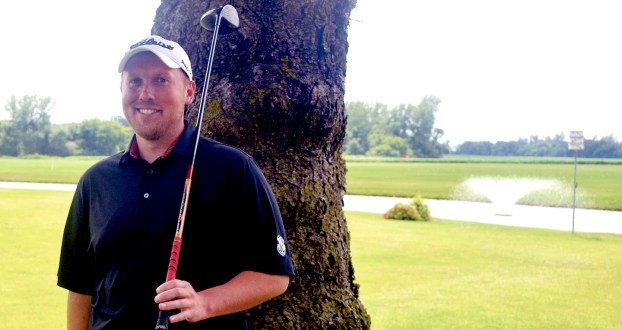 ADAMS — When Jeff Thalberg plays golf at Cedar River Country Club, he does it to it to relax and unwind.

But a couple of weeks ago Thalberg, a 32-year old Southland grad who now lives in Stewartville, did something nobody has ever done at the CRCC before. Thalberg broke a course record that had stood for at least a decade when he shot a 64.

“It’s my best score by far. I played pretty well, but I was lucky too,” Thalberg said. “I made every putt and every time I hit a bad shot, I got a good break. It was just one of those days where everything broke right.”

Thalberg didn’t even know what the record was, or that he was close to it, until his final putt on the 18th hole. Right before he attempted the shot, his friend told him he was putting for the course record.

“I learned about it right before the last putt, which made it more fun to make,” Thalberg said. “I wasn’t too stressed out. I wanted a 67 and my whole goal was to get there.”

Thalberg, who, hit a hole in one in high school 17 years ago said that it felt much better to set a career best score than it did to ace a hole. He said it was also a great feeling to have his best round in his hometown course, where Thalberg golfs once or twice a week.

“When I grew up I basically lived out here in the summer. I’m so used to it and I know most everybody out here,” he said.

The last known golfer to shoot the previous record score of 65 was Tim Duren of Austin, who shot a 65 in the morning and the afternoon.

HAYFIELD — There’s a lot of high school seniors across the country, who are starting to catch the bug and get... read more