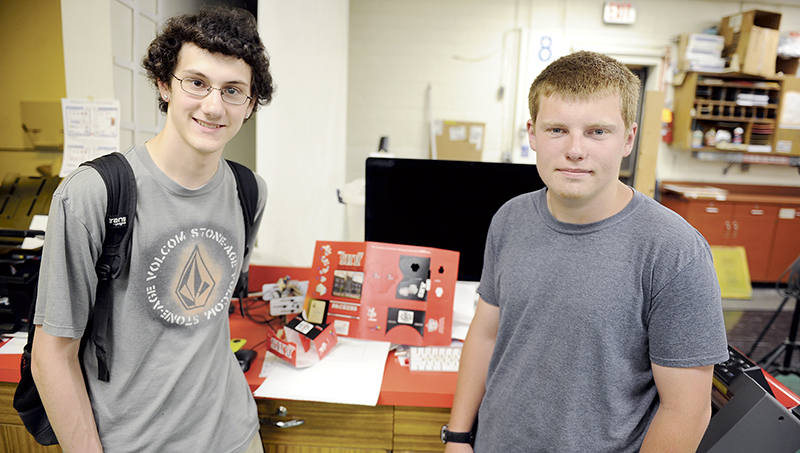 Thanks to an enterprising idea and a pair of AHS graphics students, the student body is getting an opportunity to view their school through the technology of virtual reality.

Craig Knippel, Austin High School graphics teacher, charged senior Brandon Capretz with coming up with an app that in conjunction with cellphones and special QVR viewer will let students view pictures in a 360 degree surround.

“Essentially, it recreates Austin High school in an app so it can be viewed in 360 degrees,” Capretz said. 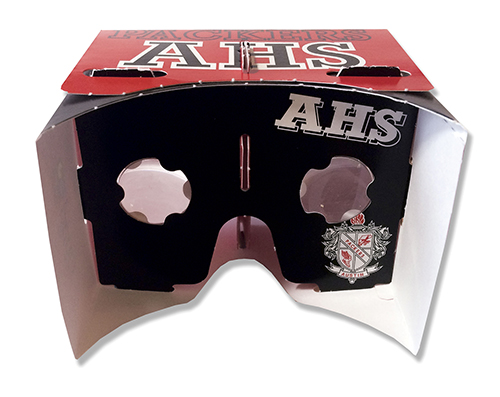 The app is built from a series of pictures from the inside of AHS such as Christgau Hall and even the graphics room in the annex. The app, built through Appy Pie, will then react as the viewer turns his or her head, giving them a full, 360 experience.

“We didn’t want to be too complex,” Capretz said. “We went through Appy Pie and that’s how we got our base. It was simple, just follow the instructions and it builds it for you.”

Another senior, Jared Meineke, designed the viewer through Quad Graphics after winning an in-class design contest.

“I made it so it would match the schools and be as similar as possible,” Meineke said. “It’s interesting. It’s nice to see something I did get printed professionally.”

Knippel approached Capretz with the idea after talking with Tim Fox, the son of Austin Public Schools Board member Don Fox.

Fox is the executive director of Custom Products and Quad Graphics.

About a year previous Don Fox mentioned to Tim the creative educational work Craig was doing with students relative to various forms of media. Tim and Craig connected and began discussing topics like augmented reality and virtual reality among other things.

“My hat is off to Craig, his students and the Austin School Board for their vision and hands-on activity with these advancing medias,” Tim said in an email. “I am very hopeful that the entire community of Austin can experience virtual reality via Craig’s student’s QVR viewers, their app and the many other VR apps online. It’s an intriguing technology that has exciting beneficial potential.

The viewers were handed out to the student body this week and the app can be downloaded on both Android and iPhone formats, though it’s not supported for any other formats. Search for Austin High App.