The division of the Minnesota Legislature 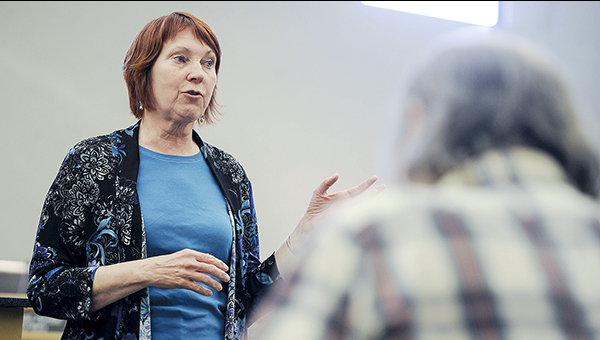 Residents of LeRoy and Austin got a chance to discuss issues at a local level on Friday afternoon with District 27B Rep. Jeanne Poppe, DFL-Austin.

The meeting came just after Minnesota Senate Democrats came up with a plan to borrow $1.5 billion in bonding dollars for public works projects and transportation, which Poppe said did not get passed Thursday and is sitting on the table, but not moving forward. One GOP senator did support the bill, but it wasn’t enough to pass, Poppe said.

On the other hand, House Republicans have a $600 million proposal that hasn’t been touched yet and is not publicly available. Poppe said her capital investment committee has heard from people about numerous issues that need funding, such as water quality.

It’s unlikely that bill would pass in the House because it’s not likely to include a majority of items throughout the state, she added.

Poppe said if they don’t do a bonding bill this year, it just cues things into a longer line for next year and a substantial bonding bill. In 2004, there was no bonding bill, she said. 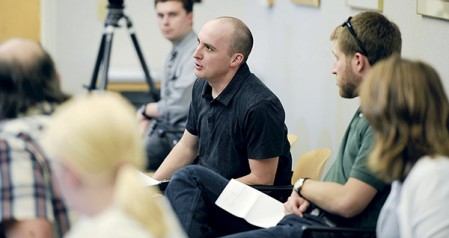 “So we’re really at a point of this great divide that it’s hard to see what the bridge is over that divide,” Poppe said. “Not sure what bonding bill we’re going to have but maybe we need to be looking at a little over a billion dollars of a bonding bill, I think you could do something like that.”

Water planner and outreach coordinator for the Mower County Soil and Water Conservation District and Cedar River Watershed District Tim Ruzek asked what could be in the package for clean water. Poppe said it wasn’t sure what would be in the $600 million bill. She mentioned Gov. Mark Dayton also had an initiative for water quality issues and water infrastructure.

The income in Minnesota is about $40 billion, Poppe said, and the budget was set last year except for transportation, taxes and what to do with the $900 million surplus, though that doesn’t have to be spent at this point in time, Poppe said.

“We typically don’t do a special session, the governor might not call one because the budget is in place,” Poppe said. “But nothing’s going to shut down right now, we’re going to be able to move forward and get things paid for.”

She said if need be, the House and Senate leaders get together with the governor and make a decision on how to solve the indecisiveness, which Poppe thought that’s how the session might end.

On transportation talks, Poppe said there’s been some talk about trying to get the Twin Cities metro area to fund their transit system to some extent, such as the light rail.

“If the metro area takes care of their issue, I just would caution us they may be less likely to be concerned about us in greater MN, [and] taking care of our issue,” she said. “We need to make sure we continue to look at the state as a state. In our District 6, we have a great number of highway miles, [and] we have many bridges.”

There’s been conversations about Corridors of Commerce and making sure that certain areas get priority and money routed to them. Corridors of Commerce is a program created in 2013 by the Minnesota Department of Transportation to foster economic growth through construction jobs and building a commerce-friendly network of corridors to ship goods and provide mobility to citizens, according to their website.

Poppe said the legislature has to come up with the answers to infrastructure problems without creating a burden for taxpayers.

Poppe said the tuition freeze four years ago helped both students and colleges because it gave students a break and still gave money to colleges and universities that they would normally receive.

“They sometimes see it as if we restrict tuition growth, they lose revenue stream and they don’t necessarily want that, but that was one thing that we did, that helped to kind of freeze tuition for two years,” Poppe said.

This year, graduating high school students will be able to go into technical fields and if they’re at the right income level, they won’t be charged anything for college because they can receive Pell grants, federal grants and state grants, Poppe said.

There is also a program for graduated college students who have borrowed at least $10,000 to refinance their loans, which Poppe said is going very well and has been extremely well-received. The program is trying to grow, she added.

“There are ideas out there to help with reducing the debt, but reducing tuition would be better and that’s why that technical program also helps to do that,” Poppe said.

Minnesota is on the higher end of more students having debt after college, she said. The other thing is that students don’t necessarily go into public service after they graduate.

“We want them to work for cities and counties and the state and go into fields in government,” Poppe said. “To be able to work where they might be able to earn a little bit less, but they’re doing the public good.”

In other issues, local government aid (LGA) was brought up by City of Austin Director of Administrative Services Tom Dankert. Poppe said the Senate is working toward having more LGA to equalize the services in communities.

A resident who is a member of Circle of Hope asked about opioid addiction. Poppe said it starts with personal responsibility first and then education.

“We have to educate everyone, people need to be aware of what they’re taking for pain and other things, doctors need to be more informed and restrict their use when they’re prescribing that. We’re going to have to be doing more,” Poppe said.

Another person asked about programs for seniors to stay in their homes longer. Poppe said she introduced a $200,000 bill that would educate and train caregivers and people who could be caregivers throughout the state because we have a need for a lot of people who have Alzheimer’s and dementia, which is another growing concern, she said.

“We can’t just sit back and watch this grow,” Poppe said.

The bill didn’t make it this year, but Poppe said she would try to get it passed again next year.