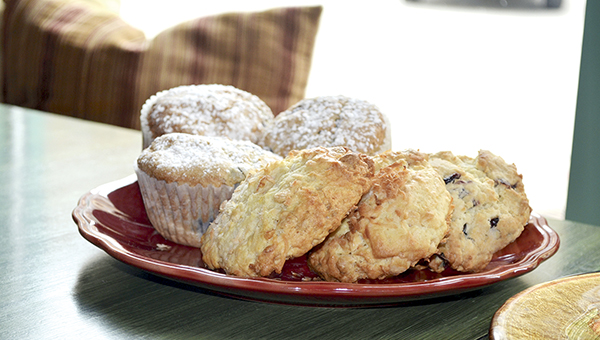 Scones and muffins await a trip to Washington, D.C. to Sen. Amy Klobuchar’s office. The will be presented at a meeting. Photos by Jenae Hackensmith/jenae.hackensmith@austindailyherald.com

Coffee House on Main owner Kyle Keenan didn’t want to wait to make scones and muffins for U.S. Sen. Amy Klobuchar, DFL-Minnesota, and others in Washington, D.C., but he also wanted them as fresh as possible.

“We’re sending pastries to their office tomorrow,” Keenan said as he made the items Monday.

The treats will be provided at a meeting in Washington, D.C. Keenan explained Klobuchar and others try to support local, Minnesotan businesses, and one of the ways they do that is through the treats they provide at the meetings. 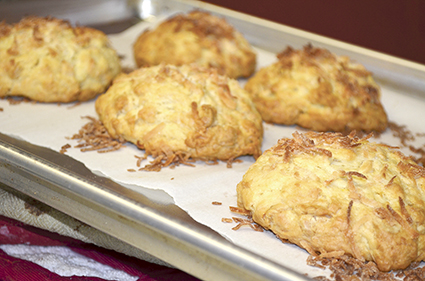 These treats will be presented at a meeting.

“They called me so this time I’m sending the treats,” he said.

Keenan’s baked goods have never been chosen for something like this, and he said it feels good to be featured.

“I think it’s great,” he said. “I usually don’t ship pastries anywhere so the fact that they’re going out to D.C. is pretty nice,” he said.

“These are the most popular ones we have,” he said.

The treats were sent out Tuesday morning for a Wednesday meeting.

Poets and they know it; Students show off their rhyme skills during the Eberhart contest

Emma Tharp of Woodson Kindergarten Center looks toward her parents in the audience and her grandmother, who watched via Skype,... read more