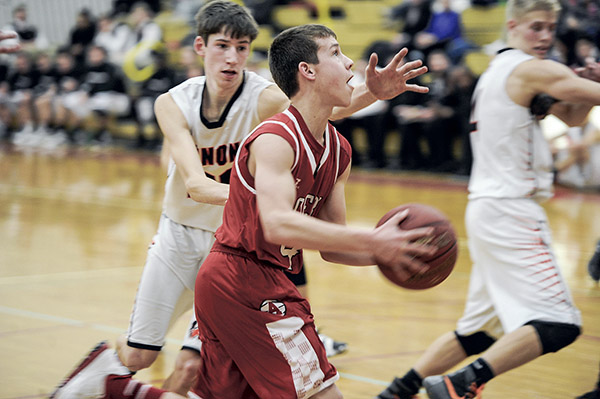 Austin’s Tate Heibrink drives to the hoop during the second half Tuesday night in Packer Gym. Eric Johnson/photodesk@austindailyherald.com 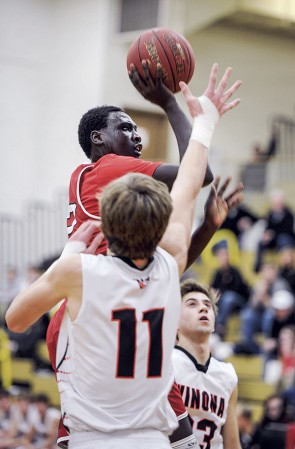 Oman Oman drifts a shot against Winona’s Jonah Boelter during the second half Tuesday night in Packer Gym. Eric Johnson/photodesk@austindailyherald.com

“I thought we were much more disciplined in the second half,” Austin head coach Kris Fadness said. “We started playing like a YMCA pick-up game at times in the first half, but it was much better in the second half.”

Austin senior Elijah Andersen had all seven of his points in the first half as he gave the Packers an early spark.

“That’s exactly what coach wants me to do,” Andersen said. “I want to come in and be instant offense and it’s great to just come in and shoot.”

Mark Manyuon had seven points for the Packers, but he tallied six steals as he created havoc in the Winona backcourt.

“I thought Mark did some things for us. His athleticism showed and he made a lot of plays,” Fadness said. “Tate took a step in the right direction. We’ve got to get him going and I thought he played a really nice game.”