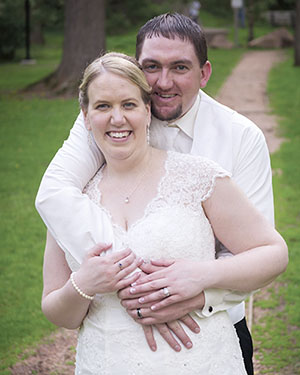 Amber Graff, of Austin, Minnesota, and Jesse Collins of Eau Claire, Wisconsin, announce their marriage at 2 p.m. on May 16, 2015 in Eau Claire.

Amber is the daughter of Doraine and Randal Graff. Grandparents are Marvin and Gloria Graff of Austin and Dorance and Marvel Koehntop of Morris, Minnesota. She is a 2002 graduate of Austin High School and graduated from the University of Wisconsin-LaCrosse in 2006 with a major in Marketing and Communications. She is currently employed with WinCraft, Inc.

Jesse is the son of Shelly and Mark Collins. Grandparent is Bill Collins of Eau Claire. He graduated from Eau Claire North High School in 2005 and the University of Wisconsin-Stout with a major in manufacturing engineering. He is also employed with WinCraft, Inc.

The couple live in Arcadia, Wisconsin.