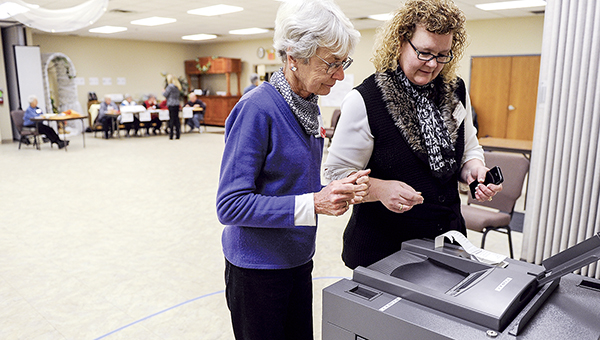 ST. PAUL — Minnesota’s aging voting machines are wearing out and will soon need to be replaced.

That’s the message Minnesota Secretary of State Steve Simon said he heard “loud and clear” from local officials during his recently completed tour of all 87 Minnesota counties. 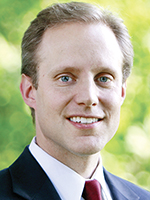 Most cities, counties and townships use electronic election equipment that is at least 10 years old and getting close to its “10- to 15-year useful lifespan — and 15 is sort of a stretch,” Simon said in a recent interview.

There’s a growing risk the voting machines will fail or crash, resulting in lost votes or long lines at polling places.

“I’m hearing loudly and clearly from election administrators and others concerned about elections that this is an issue we need to address sooner rather than later and not wait until it becomes a crisis — and they need help,” Simon said.

Voting equipment is expensive. Election specialists from the secretary of state’s office and the Minnesota Management and Budget agency estimate it will cost about $28 million to replace the two main pieces of equipment needed at polling places: the machines that voters insert their ballots in to be counted and “assisted voting” equipment for people with disabilities, which is required by federal law.

Hennepin and Anoka counties have purchased new machines in the past year and Ramsey County is preparing to replace its old equipment, but smaller counties, particularly those in rural Minnesota, do not have the money to upgrade their voting systems, Simon said.

It’s not just a Minnesota problem.

In January, a bipartisan Presidential Commission on Election Administration warned of an “impending crisis … from the widespread wearing out of voting machines purchased a decade ago.”

Minnesota is one of 43 states with voting machines that are at least 10 years old and nearing the end of their expected life, according to a study released in September by the Brennan Center for Justice at New York University School of Law.

Not only is the equipment wearing out but many of the machines are no longer made, and replacement parts are hard to find, the study found.

Moreover, election technology “has changed dramatically in the last decade” and could resolve common security and reliability flaws.

In 2002, Congress provided the money to purchase new electronic machines in response to the 2000 presidential election debacle in Florida, where hanging chads, butterfly ballots and disenfranchised voters delayed the outcome for 36 days.

But don’t look to Washington for funding this time.

“Congress has been crystal clear that was a one-time deal,” Simon said.

Earlier this year, Simon organized a working group made up of city, county and township officials and a bipartisan set of state lawmakers to develop funding ideas to recommend to the 2016 Legislature.

He doesn’t expect them to act next year, since it isn’t a budget-making year, but he wants to put the issue on lawmakers’ radar screens.

“I believe the old saying that you have to dig your well before you’re thirsty.”

The group hasn’t settled on recommendations yet, but they have talked about state-local matching grants. Simon noted that Ohio recently purchased electronic poll books for all its polling places with the state picking up 85 percent of the cost and local governments paying 15 percent.

After serving in the Minnesota House of Representatives for 10 years, Simon, a DFLer from Hopkins, was elected secretary of state last year. During his campaign, he pledged to visit all 87 counties during his first year in office, a promise he fulfilled in late November.

“I said when I was running I wanted to be a secretary of state for all Minnesotans,” he said. “Part of that is talking to rural Minnesotans where they live. You can’t do this job well just sitting in an office in St. Paul.”

“I have learned a ton, not just about elections but other things as well,” he said.

He now plans to visit all 87 counties every year he’s in office.