Bruins start slow and fall to Chill in Riverside 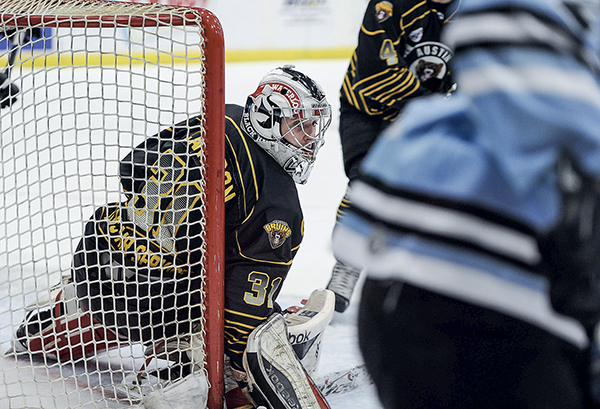 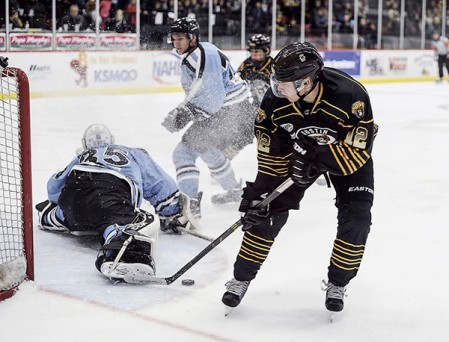 Austin Reuschhoff scored to pull the Bruins within 3-2 late in the third period, but former Austin Bruin Dominik Florian put the Chill up 4-2 when he scored a goal with eight seconds left in the second period.

Austin had a one-timer stopped that would’ve made it 4-3 in the third and the Chill took the puck and Isaac Theisen scored in transition to put the game away.

Austin forward Luke Forfar, who is one of the few veterans on the team, scored a goal to make it 1-1 in the first period. He said some of the younger players are still coming along.

“You try to tell them that any team can win on any night,” Forfar said. “They’re young and it’s a learning process. Same thing happened last year. It took us awhile to get the jump and it took us until Christmas before we started dominating.” 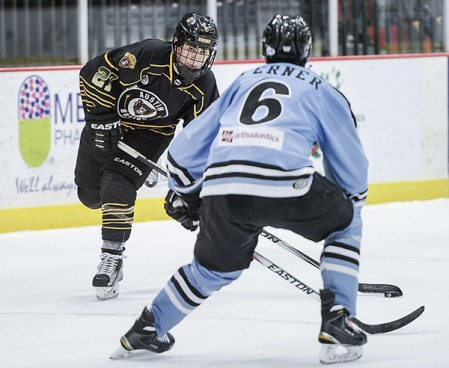