One after another, firearms of varying calibers cracked and thumped at Bill’s Gun Range in Robbinsdale. On a Tuesday afternoon, the recreational shooters represented a wide range of ages, ethnic background and experience.

Stephen Kwong, 24, of Eagan, hadn’t fired a gun at the range in two years, but decided to swing by after lunch one day last week, bringing with him his friend, first-timer Jessica Wong, 21.

In the wake of the latest mass shooting, this one at Umpqua Community College in Oregon, Kwong remained steadfast that while everyone should have gun training, the right to bear arms should be inviolate and restricting gun rights will not prevent future carnage.

“I mean, look around,” Kwong said. “For $73, two of us were standing inside with a bunch of other people who don’t know each other with guns. The deadliest place could be right here.”

Nevertheless, gun control supporters say they are more motivated than ever to apply the kind of sustained pressure gun rights advocates have brought to bear.

Brian Rusche, executive director of the Joint Religious Legislative Coalition, said his organization has undertaken similar efforts before, but amped up its efforts since nine African-Americans were killed last June during a similar mass shooting at a Charleston, S.C., church.

“I’m almost ashamed to say this, but in a way previous shootings jostled us but maybe we became complacent,” he said. “Charleston gripped us.” Then, he said, as they were preparing a bill for the 2016 legislative session, “Oregon happens.”

Now Rusche is determined to find a reasonable consensus with the gun owners lobby, rather than the bruising debates of the past.

“I’m convinced we can save lives, and we can come to reasonable gun laws if we can show that gun policies could save lives without compromising Second Amendment rights,” he said.

Back at the gun range, Ashlee Hutchinson, 23, of St. Paul, would also like to see a balance struck. Hutchison says she grew up with what she calls a healthy respect and fear of guns, thanks to a father who was also a firearms enthusiast. Hutchinson brought her friend, Jeremy Wilson, 19, also a first-timer. Both said they think the vetting process for obtaining a gun should be as stringent as possible, while allowing legal owners to carry. They say everyday violence is just as disconcerting as random mass shootings.

“They get in the hands of the wrong people, anything can happen.” Hutchinson said. “That’s putting other people at risk, and it’s not right.”

The issue is one that cuts deeply in a state where many consider gun ownership a birthright. Some 200,000 Minnesotans hold permits to carry a handgun, and advocates estimate that about half of the state’s households have a gun on the premises.

Gun control advocates say they are preparing to push Minnesota to close the so-called “gun show loophole,” by requiring background checks for any firearm sales — not just from licensed dealers. They also want to renew a push for short-term gun violence restraining orders that would allow law enforcement officers to temporarily confiscate firearms with a judge’s signoff in cases of potential domestic violence or suicide. It’s modeled after a “red flag” bill passed in California last year.

Senate Democrats in Washington are expected Thursday to unveil a national proposal that will focus on extended background checks.

Andrew Rothman, president of the Minnesota Gun Owners Civil Rights Alliance, said none of those measures will stop the shootings.

“Everybody agrees that if there’s something we can do to make these rare and horrible things even more rare, we should do it,” he said. “But the caveat … is that it has to be something that will actually help. We know a common thread running through these mass murders is mental illness. But at the same time we can’t pick these murderers out from millions of other Americans that have similar mental health issues but never turn violent.” Abrogating the rights of law-abiding citizens will do little, he said.

In fact, proponents of gun rights are looking to expand them. One of their proposals would remove the “duty to retreat” from Minnesota’s self-defense laws, and authorize “Constitutional Carry.” That would allow anyone not prohibited from carrying a firearm to pack a gun without additional paperwork, training or a sheriff’s signoff.

Rob Doar, political director of the Minnesota Gun Owners Political Action Committee, said that he isn’t confident Constitutional Carry will gain much traction here, but that the proposal is intended to start a dialogue and possibly lower permit-to-carry application fees, which vary from county to county — the most expensive among them in Hennepin and Ramsey counties. Doar, who like Rothman is a firearms instructor, said he believes that anyone who carries a firearm should be properly trained, but that being forced to pay for training and application “is the equivalent of a poll tax to exercise a constitutional right.”

Rep. Tony Cornish, R-Vernon Center, chairman of the House Public Safety and Crime Prevention Policy and Finance Committee, said he does not intend to hear any gun-related legislation unless it somehow addresses mental illness.

“In other words, it sounds like it’s getting to be a tired cliché nationally, but I agree that we have a mentally ill problem, not a gun problem,” said Cornish, a longtime proponent of gun rights. “Plus, I don’t think the DFL has any appetite in an election year to look like gun control advocates.”

State Sen. Ron Latz, DFL-St. Louis Park, is chairman of the Senate Judiciary Committee and last year sponsored the “red flag” bill. Latz said he’s made no decisions, but is interested in moving toward universal background checks for firearm purchases and the “red flag” bill. Latz notes that such a law would have allowed family members of either the Oregon or South Carolina shooters to petition a judge to remove weapons from the house if they harbored concerns.

“I think from the public standpoint, both of these would get really good traction, but whether they get traction legislatively is a different story, because vigorous gun rights advocates resist any steps in these directions,” Latz said.

Heather Martens, executive director of Protect Minnesota, said she sees momentum for what she prefers to call “gun violence prevention.”

“I think people are getting really sick of the bloodshed,” she said.

Martens pointed out that 80 percent of Minnesota gun deaths are suicides. A red flag law, she said, could possibly curb those. In addition, she said, “It seems like there’s an increasing trend for suicidal people to go to public places and take others with them.” 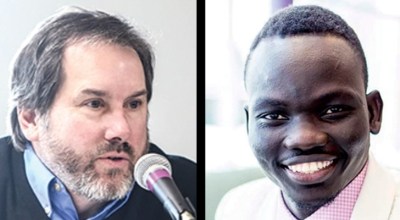