A fire in rural Dexter Wednesday morning destroyed about 13 semi truck loads of corn, but the cause of the fire is still unknown. 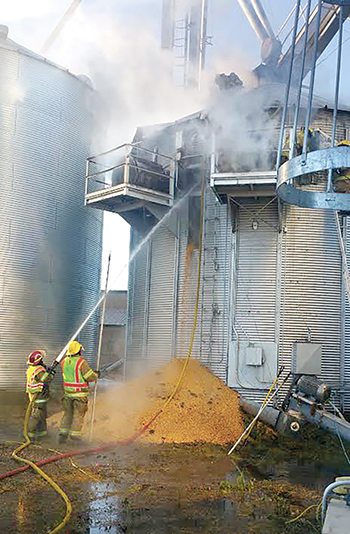 Deputies responded to a report of a grain dryer fire at about 6:20 a.m. at 70508 225th St. in Dexter on David Tangren’s property. The Grand Meadow Fire Department was extinguishing the fire when deputies arrived, yet the fire lasted all morning and afternoon.

No one was injured, but about 10,000 to 12,000 bushels of corn were lost to the flames. Tangren said the corn dryer is also a complete loss.

This was the first grain dryer fire of the season, and there have been two combine fires, according to Sheriff Terese Amazi.