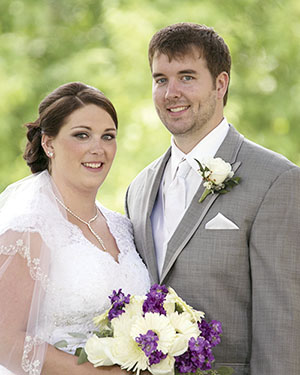 Diana Heins of Austin Minnesota and Ryan Waldbillig, of Circle Pines, Minnesota, were married at 3:30 p.m. on July 11, 2015, in West St. Paul, Minnesota.

Diana is the daughter of Karen and Daniel Heins. She graduated from Austin High School in 2008 and Minnesota State University-Mankato with a degree in business management in 2012. She is currently employed with The Burchfield Group in Mendota Heights, Minnesota.

Ryan is the son of Laurie and Robert Waldbillig. He graduated from Centennial High School in 2008 and Dunwoody in 2010 with a degree in electrical construction. He is currently employed with Mike’s Truck & Trailer in New Brighton, Minnesota.

The two live in Blaine, Minnesota.