An Austin couple has been charged with assault after the wife allegedly cut a 9-year-old’s knee and the husband allegedly tried to cover it up. 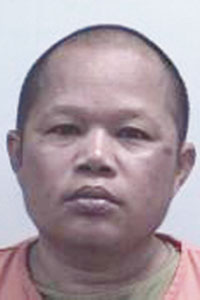 Larh Larh Sin, 31, and Chit Poe, 40, were charged Thursday with second-degree assault with a dangerous weapon.

According to police records, Sin allegedly cut the child’s knee on about July 15, after the child wouldn’t listen to her. Her husband, Poe, allegedly took the child to the hospital and instructed the child to tell doctors he got the wound from falling off his bike.

The child would later tell police Sin was drunk at the time, and told him he deserved to be cut.

The child told a school nurse about the cut on Aug. 6, and the nurse showed him how to keep the 2-inch wound clean. 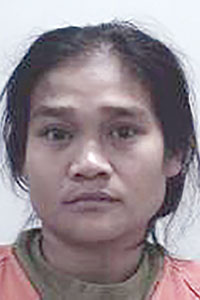 Sin allegedly admitted to cutting the child’s knee in the kitchen of her home and said Poe was in another room, and knew about the injury immediately. She allegedly told police she had difficulty keeping her anger in check after the child refused to listen to her.