Rolling to new levels: Southbound Rollers have their first win and will host a bout July 25 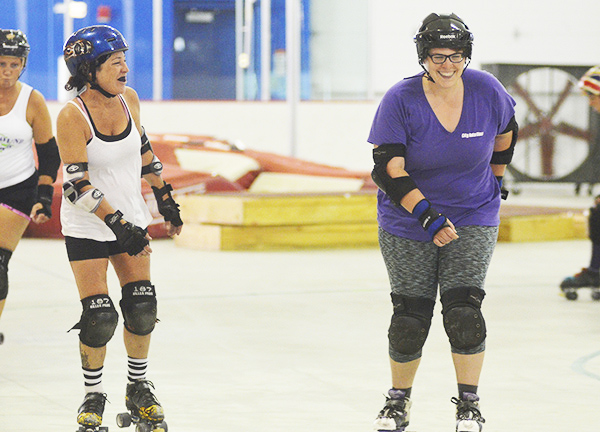 The Minnesota Southbound Rollers are finding their groove in the Roller Derby rink and the team is also providing a place for friendship and camaraderie.

The Rollers are learning how to be more and more competitive and they already have their first bout win under their belts. They’ve also made strides in becoming a big source of stress relief. 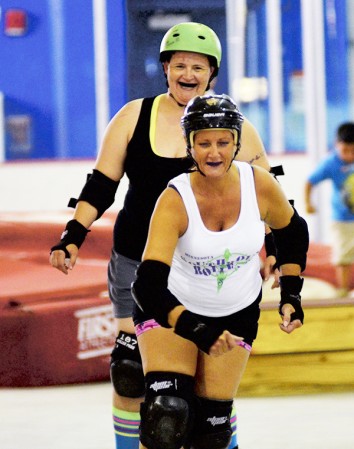 The Rollers, who have had a team for two years, are scheduled to host the Dames of Anarchy of Mason City 7 p.m. July 25 at Packer Arena. The team will be donating 10 percent of its proceeds from that match to the Austin Shriners Children’s Hospital.

One of the Rollers’ players had a sister who suffered burn wounds as a child and she was treated at the Shriners hospital. The Rollers will select a different charity to donate to for each bout as they look to become a force that gives back to the community.

Angela ‘Bubble Wrap Bandit’ Higgins said that the bouts are something the team looks forward to as it holds two practices per week.

“The closer it gets, the more adrenaline and excitement there is,” Higgins said. “Bouts are fun. It’s not like we want to come in and smear the other team, we just want to get out there and have fun.”

Williams said that Minnesota Derby committee is very close knit and teams will often let their players play for other teams that are short a player or too. She said that the Rollers gained a lot of excitement after they won their first bout and now the team is looking to improve.

“We have goals to work towards so it gives us something to focus on. We can look at how we did last time and see how much better we can do next time,” Williams said.