Amanda Hocking hasn’t stopped writing since her “Trylle” series made her famous in 2011, and she’s got the six-figure deal with St. Martins to prove it. 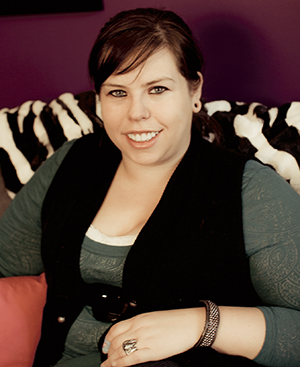 Hocking recently signed a six-figure deal with St. Martin’s Press in New York and Macmillan UK through agent Steven Axelrod of the Axelrod Agency for three new young adult books, which are scheduled to come out in 2016 and 2017.

“I guess I started talking about it at the beginning of the year,” Hocking said about the deal.

She was happy with the deal and said working with St. Martin’s Press has been a good experience.

“I’m happy about it, I’m excited,” she said. “I’ve worked with St. Martin’s Press on about 10 books now, and I really enjoy working with them. I like the team.”

The books will be published in the U.S. and the UK simultaneously. The first book, titled “Freeks,” scheduled to come out in the summer of 2016 and is a standalone paranormal novel about a traveling circus during the 1980s.

“I kind of pitched it as ‘Pretty in Pink’ meets ‘The Lost Boys,’ but without vampires,” Hocking said.

She had been writing this book when she put it aside to write the Kanin Chronicles. Hocking is excited to continue working on the the new book.

“I really kind of thought about what I wanted to write about,” she said. “ … it was just a bunch of stuff that I liked put together.”

She came up with the idea for the other two books in the deal while researching for the Kanin Chronicles.

The next two books will be a duet about teen Valkyries, the female figures in Norse mythology who decided who lived and who died in battle.

“It’s based on that but a different twist on that,” Hocking said. “It’s more futuristic and not so much Norse mythology.”

“I knew that I wanted to do something with it and the idea just kept nagging me,” she said. “[It’s] just such a cool idea, of women deciding who lived during battle.”

Hocking’s newest book, “Ice Kissed,” the second book in the Kanin Chronicles, is set to hit shelves on May 5. Hocking said it was fun to show more of the world she created when she wrote the “Trylle” series.

“This is a series that I really enjoyed writing and I’m really excited about,” she said.

“I want the stakes to be higher, I want the threats to be more real,” she said. “So I think it’s a little bit more intense than some of my other series.”

The third book in the series is scheduled to come out in August.

Regardless of the topic, Hocking hopes people enjoy her books as much as she enjoys writing them.

“I hope they enjoy it,” she said. “I think I write to kind of escape and forget about the day-to-day problems and I hope that people are able to do that too.”

“I just want people to have fun and immerse themselves in something different,” she added.

Hocking is scheduled for a book-signing at 7 p.m. the Austin Public Library May 18. She will also attend this year’s Austin ArtWorks Festival again.