All about the Bs; Event highlighting beer and beards

Ben Ankeny was working at a Christmas party at Austin’s Holiday Inn and Conference Center last year when a group of bearded Northern County Co-Op workers started talking to him about his facial hair.

The group asked Ankeny about his beard — which is longer than 8 inches and has been growing more than two years — and what products he uses in it and how he cares for it. Later, the conversation sparked an idea for Ankeny, the Holiday Inn’s director of catering at the Holiday Inn.

Now, Ankeny is organizing an event called Brew-Beard-B.S. coming to the Holiday Inn at 5 p.m. April 17. He hopes the event will be a bonanza of Bs: beards, beer, bacon and, of course, B.S. The event will feature a beer-tasting, beard and mustache competitions, a spaghetti-eating contest and more. While the event may be beard-inspired, the event is open to everyone age 21 and older, including women and clean-shaven men. Tickets are $10 in advance and $15 at the door.

Here’s a rundown of what to expect with this boon of Bs: 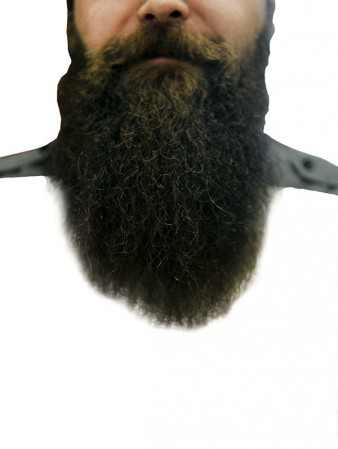 For the bearded and beardless alike, there will be plenty to do at Beards-Brew-B.S — and it starts with the brews.

Ankeny has arranged for about seven breweries — six from Minnesota and one from Colorado — and for an eighth distributor to be on hand for a beer tasting from 6 to 8 p.m. He’s still working to arrange additional breweries.

“I want breweries to come down and promote their site,” Ankeny said.

Ankeny hopes the event will introduce people to new brews that aren’t always readily available in Austin, and it will then inspire residents to tour the brewery.

“I want them to be their own representative,” Ankeny said. “I want this to be like a travel guide for them.”

A distributor will also be on hand with Surly beers and possibly a few other brews.

Along with a people’s choice award for beers, Ankeny is also putting together a nine-person panel to judge the Beer Snob Award. The group will feature men and women with a variety of tastes — including beer connoisseurs and non-beer drinkers — to do a blind taste-test and pick their favorite beer. Along with an award, the winning brew will be served at Torge’s for either a week or a month.

Beards, a battle and B.S.

Ankeny originally had a signup date for beard/mustache competitors, but he’s now opened it up so any wooly competitors can sign up at the door on April 17.

Along with people’s choice awards for best beard and mustache, the Style Lounge is planning to be on hand to do beard trimming, and Ankeny plans to take volunteers for a beard-stroking booth.

Another person is scheduled to work on silhouette portraits of bearded attendees and other people attending, and Ankeny plans for about nine beard men to grapple in the spaghetti eating contest.

“The highlight entertainment for me is going to be that spaghetti-eating contest,” said Ankeny, who hopes that it’ll be a sufficiently messy showdown.

Whalen and the Willows will play starting around 5:15 p.m. And of course, there will be plenty of time for banter and chitchat as well. The event is scheduled to last through about 10 p.m.

After pondering what dishes would be best served with brews and beards, Ankeny finally settled on another B: Bacon.

Though he’s still working out the details, Ankeny plans to have baskets of bacon and bacon-themed items available for snacking.

The cash bar will be open, and Ankeny is trying to get any 16-ounce silo beer available, but he may not have any bottled beers available.

Ankeny is hoping the event is well-received in Austin, and he hopes it becomes something that can be held each year.

“I hope it’s going to be entertaining … and something that can grow and go on every year,” Ankeny said. “Pun intended on the grow.”