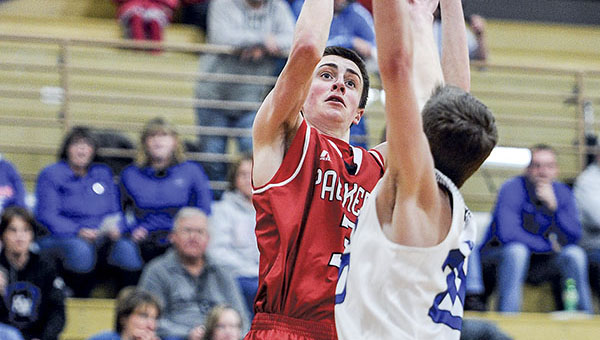 Austin’s Levi Vierkandt pulls up for a jumper off dribble against Kasson-Mantorville in the first round of the Section 1AAA playoffs Wednesday night in Packer Gym. Eric Johnson/photodesk@austindailyherald.com

The Austin boys basketball team didn’t have an answer for a hot shooting Kasson-Mantorville team as the Packers had their season come to an end in a 66-40 loss in a Section 1AAA boys basketball quarterfinal game in Packer Gym Wednesday. 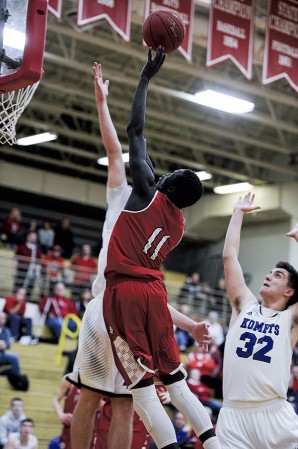 Austin’s Gach Gach puts up a shot in the first half of the Packers Section 1AAA playoffs against Kasson-Mantorville Wednesday night in Packer Gym. Eric Johnson/photodesk@austindailyherald.com

“They played really well. They did a nice job handling our pressure,” Austin head coach Kris Fadness said. “We weren’t good tonight and they were very good and that’s what happens when you get a blowout. They made some plays early and Raymond got loose for them and he buried shots. I think they probably beat us in every phase of the game.”

Austin trailed by at least 20 points for the bulk of the second half and the Packers could never find their shooting stroke. Austin shot 23 percent from the field and 7-for-34 on 3-pointers in the loss.

“I’m proud of what our seniors have done here and it was tough for them to go out like they did tonight,” Fadness said.

Austin went through a rebuilding effort this season as the team played freshmen Tate Hebrink and Both Gach and sophomores Oman Oman and Kyle Oberbroeckling big minutes throughout the year.

Fadness hopes the program is on the rise.

“There’s a lot of work to do. We’ve got to get a lot better and we’ve got to get physically tougher and stronger,” Fadness said. “Potential doesn’t mean a darn thing if you don’t go out and work at it. The bottom line is when you’re varsity career is over, people don’t remember your ninth grade record or how good you were when you were in sixth grade.”

Austin’s loss on Wednesday was its first loss in the Section 1AAA tournament since 2011. 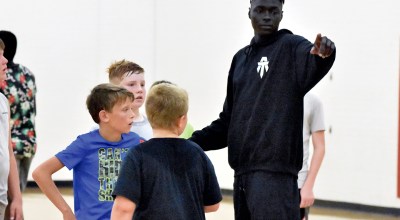