Austin senior Connor Bollum has been the AHS student section’s favorite name to chant for the past two seasons, but usually those chants come at the end of a Packer blowout. 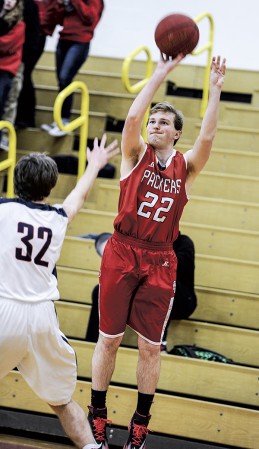 Austin’s Connor Bollum pops a three from the corner during the first half against Albert Lea Tuesday night in Packer Gym. Eric Johnson/photodesk@austindailyherald.com

On Tuesday in Packer Gym, Bollum got to hear those chants a lot earlier as he started and played a good portion of the Packers’ 79-57 win over Albert Lea on senior night.

Bollum scored eight points in the win as he hit two 3-pointers and all six of Austin’s seniors scored.

“There’s a little pressure, but it definitely gets me going,” Bollum said of the crowd chants. “It’s just plain fun.”

Bollum has mostly been used as a practice player with the Packers (13-12 overall, 12-9 Big Nine), but he hasn’t let that bother him.

“I wouldn’t call it a grind. I love basketball and I love playing it,” Bollum said. “I help the team in other ways and I don’t need to be in the game all of the time. I help out in practice by making sure I work everybody as hard as I can so they can better.” 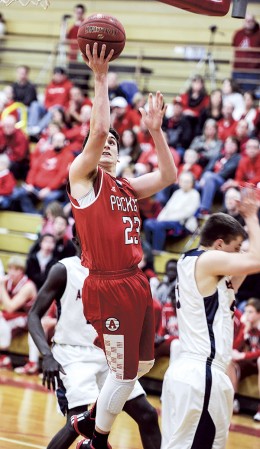 Austin’s Nik Gasner splits a pair of Albert Lea defenders for a lay-up in the second half Tuesday night in Packer Gym. Eric Johnson/photodesk@austindailyherald.com

“It was nice to see Jon [Knorr] and Connor come in,” Fadness said. “It’s hard when you don’t get playing time all year and you come in the game and are expected to perform and play. I’m happy with both those guys, I thought they took advantage of their minutes and they did some nice things for us.”

The Packers are headed down the stretch of the season as they will close out the regular season against Owatonna in Packer Gym Friday at 7 p.m. Austin will likely have a home playoff game the following Wednesday at 7 p.m.

Vierkandt said it’s hard to believe that the season is winding down for the senior class.

“I’m not sure I quite realize it yet, I’m sure I will once the season’s over,” Vierkandt said. “We’re still working for the end of the season and hopefully we can make a run in the sections.” 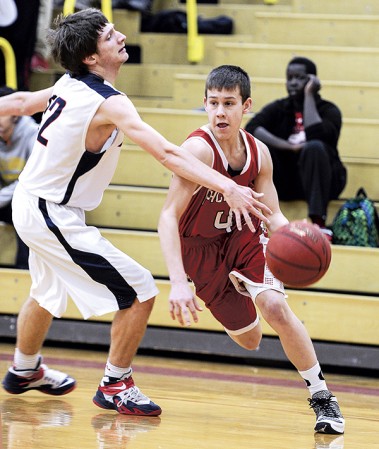 The Austin boys hockey team had its season end the same way many of its regular season games ended this... read more