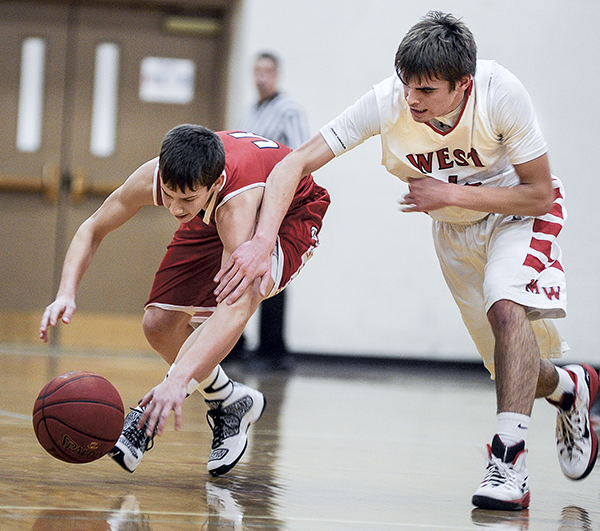 The Austin boys basketball team hadn’t played a home game in 28 days, and they didn’t start out with the energy they needed to in a 64-54 loss to Mankato West in Packer Gym Friday night. 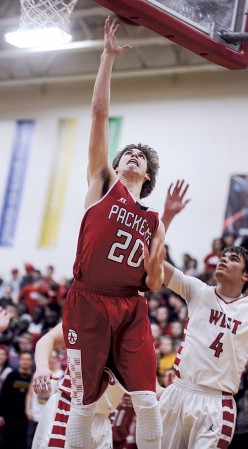 Austin’s Zach Coffey goes up for an early layup against Mankato West Friday night during the first half in Packer Gym. Eric Johnson/photodesk@austindailyherald.com

The Packers (7-9 overall, 6-6 Big Nine) never led once in the game and they trailed by as many as 16 points in the first half. Austin pulled to within 46-44 when Levi Vierkandt converted a 3-point play, but the Packers had some costly miscues down the stretch — including a missed dunk by Gach Gach, who had 12 points and 11 rebounds, and a turnover when Austin was trailing 58-54 with 1:09 left in the game.

“We had an opportunity to make some plays and we didn’t make them,” Austin head coach Kris Fadness said. “We had some really bad possessions when we were making our comeback that really came back to bite us. I thought in a lot of ways tonight we were our worst enemy.”

The Packers couldn’t seem to find their stride early on as the Scarlets (10-5 overall, 8-4 Big Nine) jumped out to a 28-12 lead. Austin pulled to within 33-25 at the half after Tate Hebrink hit a near-half court 3-pointer at the buzzer.

Fadness said the slow start made it tough on the Packers.

“It was awful. We haven’t been at home in forever and they were just running us out of the gym,” Fadness said. “[West] looked faster, more athletic, beat us to spots, got all of the loose balls, and they killed us on the glass. They really dominated us in the first half.”

Hebrink, a freshman, finished with nine points and freshman guard Both Gach had six points and two steals. 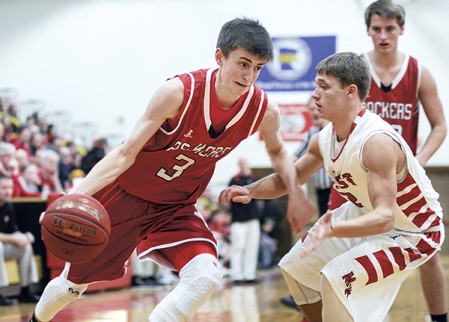 “Our young kids really helped us tonight in terms of energy and effort,” Fadness said. “Tate did a nice job. He made some shots and protected the basketball.”