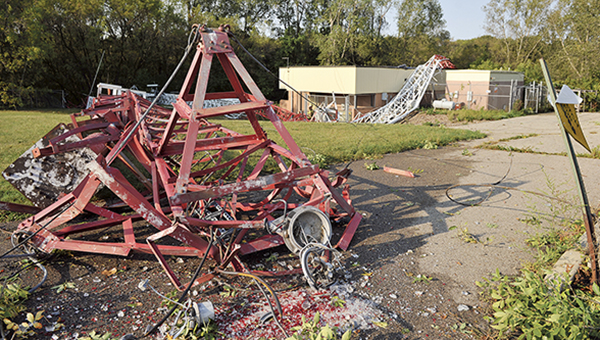 The very top of KSMQ’s transmitter tower laid partially on the parking lot in the southwest corner of the Riverland Community College west campus in September of 2012. The tower, owned by KSMQ, fell at around midnight as powerful storms swept through the area. Herald file photo

KSMQ Public Television and Hanover Insurance Group Inc. reached a financial settlement for the loss of the station’s primary broadcast tower during a Sept. 5, 2012, storm.

The deal concluded a two-year impasse between KSMQ and Hanover, which initially refused to pay for the tower collapse claiming it was caused by underground corrosion found on one of six tower anchor support structures and not high winds from the storm.

KSMQ President and CEO Eric Olson said the settlement, reached during a Dec. 11 mediation session in Minneapolis was a big deal for the small TV station.

“We’re just very pleased that it’s over, but also that we have received payment for our loss,” he said.

The settlement helps provide stability for the station, which could rebuild its main tower. Olson said KSMQ and its board of directors will spend about six to eight months discussing options for the station and its viewership area, which includes Austin, Rochester, Owatonna, Mason City and Mankato.

“This financial settlement gives KSMQ Public Television a firm foundation upon which to continue its growth plans in southeastern Minnesota and northeastern Iowa,” Olson said in a press release. “For a small business like ours, this drawn out process was a significant strain on staff and resources. We are pleased with the settlement and with the knowledge that we can now put this issue behind us.”

Hanover and KSMQ disagreed on how the tower fell on the KSMQ grounds on the east campus of Riverland Community College in Austin.

Olson and KSMQ said high-line winds caused the tower to fall and the anchor to come loose. Hanover Insurance, based in Worcester, Massachusetts, denied the $620,000 claim to help KSMQ put up a new tower in October 2012, saying the collapse was caused by the loose anchor.

A Hanover spokesperson said an engineering firm’s report indicated the anchor was badly corroded for most of its length and broke off during the storm. The insurance company’s expert suggested this corrosion would have been noticeable for at least the past 10 years, according to the spokesperson.

While Hanover initially refused the claim, KSMQ produced weather and engineering research findings showing that high winds from the storm resulted in the collapse. KSMQ also reported that additional storm damage occurred in the neighborhood surrounding the tower at the time of the collapse.

In June, state investigator and a forensic meteorologist came to Austin to investigate the dispute.

KSMQ has been able to broadcast after modifying its other tower, and KSMQ has an agreement through 2017 to broadcast through towers owned by television station KTTC.

However, the loss of the tower had ripple effects. The station lost about $50,000 a year for its $1.4 million annual budget because of the dispute. KSMQ rented out space on its tower to wireless companies before the collapse. One of the station’s largest clients, AT&T, built its own tower since then and will no longer rent space from KSMQ.

“Many people deserve credit for this successful outcome, including KSMQ viewers and members who contributed nearly $5,000 to a legal fund so we could begin our response to the claim back in 2012,” Olson said in the release.

Olson said all 13 full-time KSMQ employees played a part in the agreement.

“We all just let out a big cheer when we finally had an agreement,” he said. 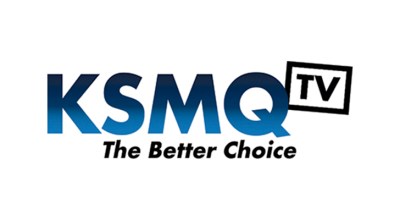 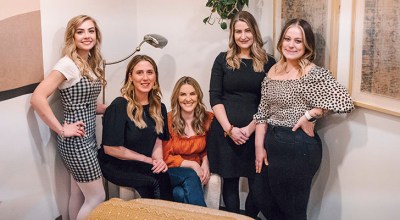