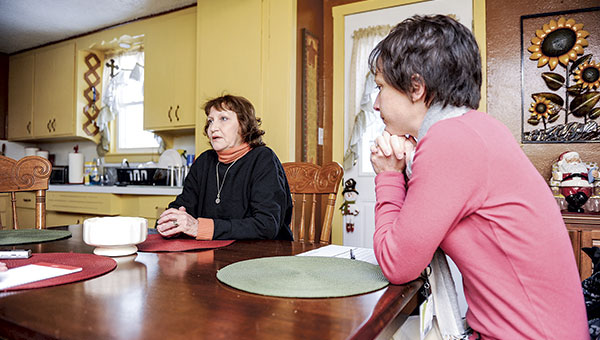 Liz Bankes, with Lenette Baron, a social worker with the Austin Hospice Program, talked about what the program did for her brother Edward Miller Jr., who died of cancer in June. Eric Johnson/photodesk@austindailyherald.com

Edward Miller Jr. had just found a house and planned to move to Austin to retire when doctors found a mass in his lung, eventually diagnosing him with terminal cancer. However, Edward would still move to Austin, only in a much different capacity than originally planned.

Edward moved in with his sister, Liz Bankes, after the two talked and agreed for him to spend his final days in her home. 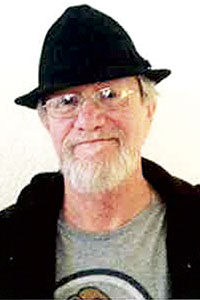 But Bankes, Edward and their family weren’t alone; they had help from the Austin Hospice Program, which is part of Mayo Clinic Health System – Albert Lea and Austin.

As November is Hospice/Palliative Care Month, Bankes, 61, shared the story of her and Edward’s journey with hospice.

“I can’t say enough good things about the Mayo Hospice,” Bankes said. “They are phenomenal with what they do.”

An option to stay home

Austin’s hospice program has been around for about 20 years and currently has 27 volunteers and about 15 employees.

Hospice is for people with a medical illness and, at a doctor’s best guess, six months or less to live. Once a patient is referred to the program, hospice workers meet with the family and patient to discuss options and to see if hospice is the best fit, according to Lenette Baron, a social worker with the hospice program.

Patients like Edward often don’t return to the hospital for treatments. The focus is on keeping them comfortable in the place they want to be.

For Edward, that was his sister’s home. For other patients, it’s their own home, and for others that means staying in their nursing home or assisted living apartment.

Much of the care is done by family caregivers like Bankes, but hospice aids help with personal cares — like bathing and housekeeping — and nurses routinely make home visits.

Volunteers and chaplains are also available.

Edward was a Vietnam veteran, and his cancer stemmed from exposure to Agent Orange. He started with hospice when he was still healthy enough to be up and moving around.

Bankes and Baron said it was important to be open through the process. Bankes remembers nurses coming to talk to Edward, who’d tell them he was fine. With bone cancer, Edward wasn’t fine, so Bankes and Edward would be able to talk further with the hospice nurses and be more honest. 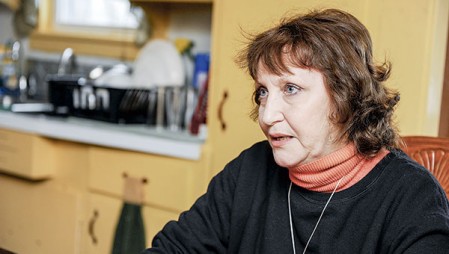 Liz Bankes talked about how important it was to have the Austin Hospice Program, which made it possible for her brother Edward Miller Jr. to stay at home with her as he battled cancer. Eric Johnson/photodesk@austindailyherald.com

While at Bankes’  home, Edward even worked to check items off his bucket list. Many of the things he accomplished centered around Bankes’ garden. Edward helped his sister revive her garden, which she hadn’t been able to keep up during her own illness, by building raised beds, designing a garden gate, planting a special kind of sweet corn and more.

“Everything is gorgeous,” Bankes said, adding that KSMQ Public Television did a program on it called “The Comeback Garden.”

To Baron, it’s important to start with hospice early in an illness, so the patient can discuss how the process will work. Then the patient can get to know hospice workers, which better equips them to help the family in times of need. 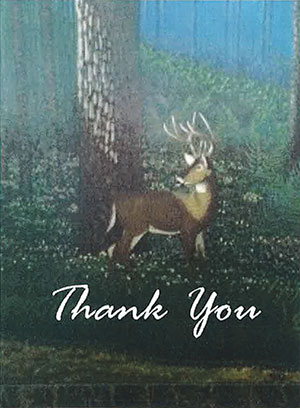 Edward Miller Jr. painted this painting, which appeared on the program for his funeral after he passed away from cancer in June. Photo provided

When her brother started ailing, Bankes remembers a time when he fell trying to walk to the bathroom. She called hospice, and aids came quickly to help her get Edward into bed and more comfortable.

“It was just such a relief for me to be able to have them come, knowing they were going to be there,” she said.

They took care of the situation and his needs. It’s important, Bankes said, for people to realize they’re never alone, as hospice is there to help.

“You have just an absolutely wonderful support system in place,” Bankes said.

Bankes agreed it’s important to get information about what the ill person wants and doesn’t want when he or she is still healthy enough.

“With my brother a few days before he passed, he could no longer speak, but I knew exactly what he wanted and didn’t want,” Bankes said.

People often don’t want to talk about death and dying, but Bankes said it’s a part of life that people need to be open about.

Edward passed away June 26, two days after turning 66. For Bankes, it was important to be there for her brother as he passed.

“I know that his pain is done, and he’s gone to a better place,” she said.

Bankes was no stranger to hospice before Edward’s journey. She helped care for her mother, Margaret, through Austin’s hospice and was with her when she passed away in 2010. 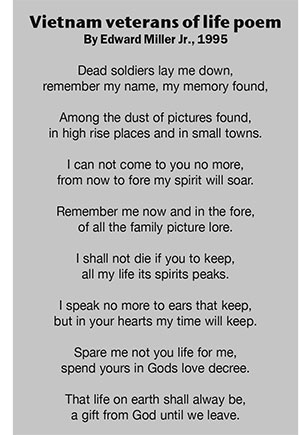 “To be a part of somebody’s passing, it’s a phenomenal experience,” she said. “It’s a very spiritual experience.”

All shared their journey will hospice, but only Edward and Margaret were part of Austin’s program.

“I’m kind of like a hospice family,” Bankes said.

Even after Edward’s passing, Bankes was never alone. As a social worker, people like Baron make sure families are coping and utilizing all the resources available to them.

Hospice does bereavement followups and hosts grief groups, both of which Bankes has participated in.

Regardless of religion, Bankes said it’s important to be open and honest with one another through the process.

Raised in a family of 13 children, Bankes said it was important for her to be with her brother and have him in her home for his passing.

But Bankes also has personal experience with illness. She was diagnosed with Wegener’s, an autoimmune disease, and she spent about three weeks in a nursing home to rebuild her strength. While the experience wasn’t bad, it wasn’t home.

“Being very ill, it was more important for me to be home,” she said.

After her own experiences, Bankes may now become a hospice volunteer to help others stay in their homes during their own journeys. She praised hospice workers and volunteers as special people.

“You are like little angels as I’m concerned,” she told Baron.

“Well you are too,” Baron replied. “Because you’re the one back here doing all the hard work.”

Baron urged people to try hospice or learn more about it if they’re interested. If they start the process and it’s not working, then Baron said they can look at other options.

“If people could at least give hospice a chance, that’s the most important thing,” Bankes said. “They may find they have way more strength than what they realize.”