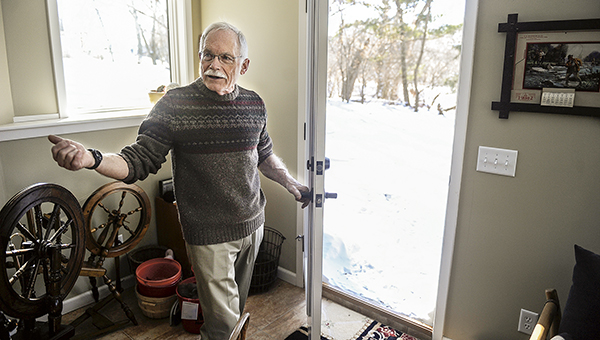 Schindler died of injuries sustained in a bike accident, according to Austin Police Chief Brian Krueger. 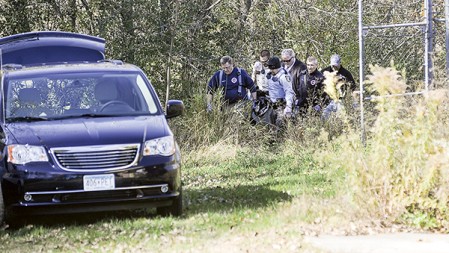 A body, found Saturday morning in the wooded area west of the Riverland Community College, is carried to a waiting van. There were no details immediately available. Austin Police detectives were on scene investigating. Check back to the Austin Daily Herald for more details as they become available. Eric Johnson/photodesk@austindailyherald.com

Krueger said Schindler was supposed to meet with a friend Saturday to clear tall grass from a new bike path west of Riverland when the accident took place. Schindler was wearing his helmet at the time and preliminary autopsy results indicate his death was due to an accident.

“Dr. Schindler is a very respected individual,” Krueger said. “He knows pretty much everybody in town and everybody pretty much knows him.”

He was also known as an Austin bicycling enthusiast. He was the team manager for the new Austin area high school cycling team and he completed a 2,900-mile cross-country bike ride with friends in 2011. Schindler was involved in the community in many ways, from his time with the YMCA to a scholarship he and his wife, Belita, started with the Jay C. Hormel Nature Center.

“He was very involved, and very much loved in the community,” Former Austin Mayor Bonnie Rietz said. “He was just an extraordinary person.”

A mass of Christian burial will be held at 11 a.m. Thursday, Oct. 23, 2014, at St. Augustine Catholic Church in Austin with Father James Steffes officiating. Visitation will be from 4 to 8 p.m., Wednesday, Oct. 22, 2014, at the Worlein Funeral Home in Austin.

QUESTION: When can kids sit in the back seat of a car without a booster seat? RESPONSE: In Minnesota, when... read more