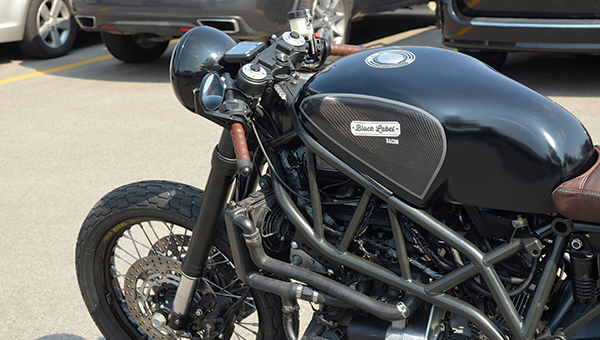 A crew of 12 people will follow and film a Hormel Black Label Bacon-sponsored motorcycle ride across the country this month.

Hormel Foods Corp. is heading out on the highway.

The Austin-based company has created a new marketing campaign in time for the International Bacon Film Festival in San Diego, California, which takes place Aug. 29.

Hormel and marketing firm BBDO Minneapolis sponsored a motorcycle that runs on organic biodiesel made of refined bacon grease, which will ride from Austin to California all this month. A team of 12 will travel with a rider during the trip and film the journey for a film, “Driven By Bacon,” which will be shown at the film festival this year. 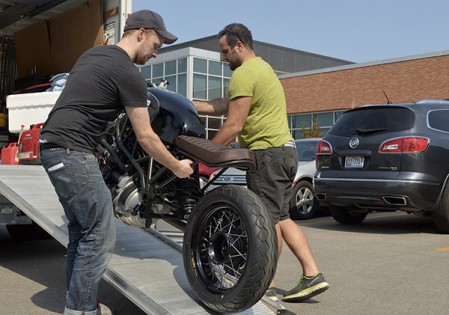 “The journey is sort of the destination,” said Scott Schraufnagel, account director for BBDO.

Hormel representatives say the marketing push is an exciting opportunity to spread the word about Hormel’s Black Label Bacon brand and will likely be used as a promotional tool in the future.

“It was a really exciting idea,” said Nick Schweitzer, brand manager for meat production at Hormel.

Several people, including Charlie Smithson of CSE Engineering and Taylor Bamber, Smithson’s work partner, will also be on the trip to troubleshoot problems with the motorcycle.

Smithson and Bamber custom designed the motorcycle based on a 2011 Track T-800CDI model.

Once the film is complete, Schweitzer said the motorcycle could be displayed at the Spam Museum.

For more updates on the film, visit www.drivenbybacon.com 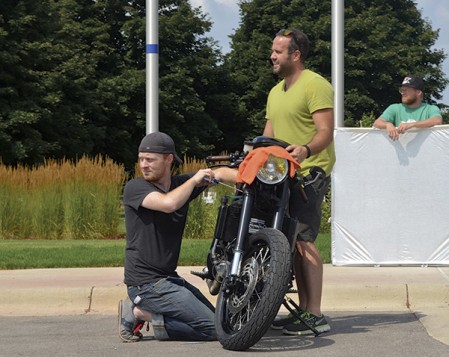 A local winery took yet another step to expand its business Monday. Four Daughters Vineyard & Winery, one of the... read more