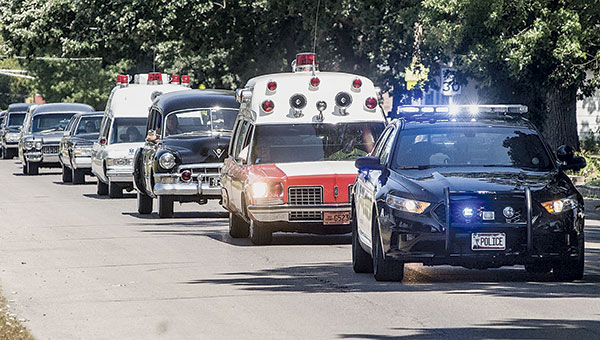 ‘Our car club is unique’

Professional car enthusiasts from all over the country gathered in Austin Thursday as they toured different attractions.

Twenty-eight classic hearses, limousines and ambulances came through as part of the Professional Car Society’s annual meet, which is in Rochester this year.

Karsnia was happy to stop in Austin.

“We wanted an easy day road trip through the country,” he said.

The group, which was founded in 1976, has three main goals: to preserve the vehicles, restore them and keep up with their maintenance.

Karsnia said that the vehicles come from a variety of places.

“Some [professional cars] come right out of service, some other are barn finds,” he said. 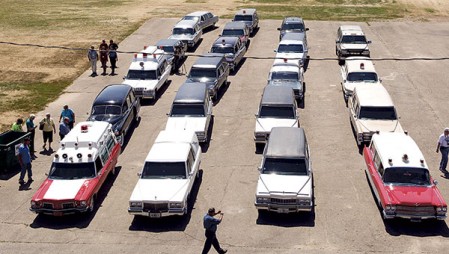 Twenty-eight hearses and ambulances sit parked together at the Mower County Fairgrounds Thursday. The vehicles and their owners are part of the Professional Car Society.

Owners drive their own cars to the show, whether it be short or long distances.

“We’re in the funeral business, so it’s natural for us to like the cars,” Goethe said.

Having attended the meet since 1998, Goethe has seen many changes.

“Older cars are harder for collectors to find, and now new cars from when I joined are becoming collector cars,” he said.

Like Goethe, Brian Vaughan is a funeral director back home. However, instead of bringing a hearse, he decided to bring a limo.

“I’ve been an antique car collector all my life,” Vaughan said.

Though he likes to show the cars off, Vaughan makes sure to do so in a careful manner.

“We want people to respect the cars and what they did in their active lives,” he said. “We try to keep them in pristine condition.”