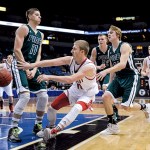 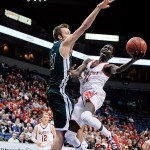 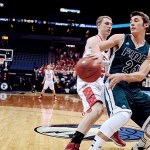 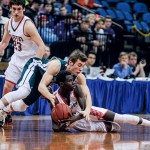 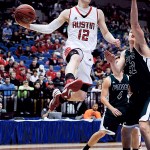 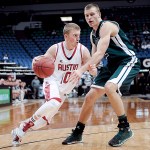 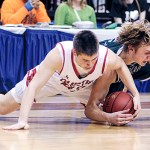 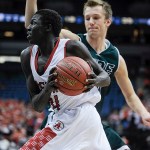 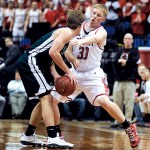 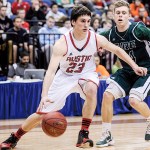 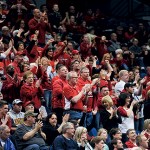 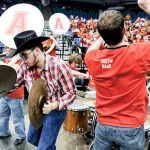 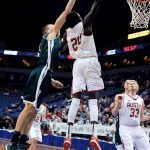 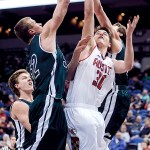 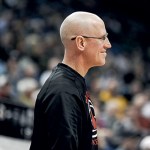 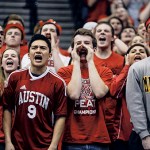 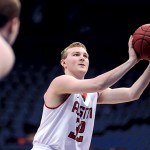 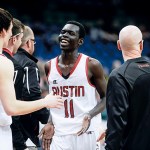 MINNEAPOLIS — Right now the Packers are playing as loose and as confident as just about any team in the state, but they out-did their own expectations in the Class AAA state boys basketball semifinals in Target Center Thursday.

The Packers (28-3 overall) dominated in just about every statistical category as they took over from the start in a 70-42 win over Holy Family Catholic to get back to the Class AAA state finals for the second consecutive season.

The Packers, who have played in the last three state tournaments, will get a title game rematch with DeLaSalle in the state title game Saturday at 6 p.m. in Target Center. The Islanders ended Austin’s season last year.

Austin point guard Zach Wessels opened the door early on and the rest of his teammates walked right in. Wessels, who finished with 14 points, six assists, five rebounds and four steals, scored on three early athletic finishes to put the Packers up 15-5 in the game’s first five minutes. Holy Family never got closer than seven points the rest of the way.

“Their guards weren’t as good as their tall guys,” Wessels said. “They were still good. We just kept our pressure up and got it to them.”

Austin forced 25 turnovers in the win as it held the Fire (28-3 overall) to 36 percent shooting from the field. Austin held a 38-20 lead at the half, and they played even better in the second half. The Packers opened the half on a 21-9 spurt that broke the game open. Gach Gach hit a contested 3-pointer and threw down a one-handed jam that turned into a three-point play when he was fouled.

“It just happened,” Gach said of the blowout. “We played every possession as it was our last and we wanted to blow them out early in the second half. We wanted to get guys in the game and everybody got some action tonight.”

Running clock kicked in for the Packers with about six minutes left in the game and Austin pulled its starters when it led 62-35 with five minutes left. In the end, 11 players scored for Austin in the win.

“We expected this to be a tight game that went down to the wire. We were just more athletic than they were today,” Austin head coach Kris Fadness said. “Our guards did a nice job of getting to the basket and if they didn’t score, they would draw a foul our kick it out. We didn’t’ shoot it as good yesterday, but we shot it pretty darn well today.”

Austin senior guard Ajuda Nyewsh continued to shoot the ball well as he poured in 21 points to go with three assists as he went 7-for-12 from the field and 3-for-6 on 3s.

“It can end on any given day and you’ve got to give it all you’ve got and be excited. I love playing basketball and I show it on the court more than others do,” Nywesh said. “Last year we definitely didn’t know we were going to go this far. Now we’re here and we’re going to give it all we’ve got.”