The Austin City Council and Vision 2020 leaders need to listen to the public when it comes to the new city logo — and they should have done so sooner.

To us, one key flaw is the Vision 2020 and city leaders hired Minneapolis-based Haberman Consulting to discuss how best to represent Austin and to design the logo. That goes against everything this logo is supposed to represent.

If Austin is “talent packed,” why didn’t Austin residents design the logo?

The logo project cost about $60,000, but it’s unclear how much of that money went to Haberman and firms outside Austin. We agree with the logo in believing Austin is “talent packed.” That’s why the money should have stayed in Austin.

The logo is part of a larger branding project for the city. An argument can be made that outside, niche firms are often necessary and important for large-scale projects, but we say only after leaders have exhausted all local resources. If an outside firm is necessary, that doesn’t absolve leaders from the responsibility of keeping the public involved. Austin must come first.

Stiehm and Boughton both proposed conducting a poll to gauge Austin resident’s opinions about the logo.

The feedback we’ve received has been overwhelmingly negative. On the Herald’s online poll, 86 percent of voters said they either “strongly dislike” or “don’t care for” the new logo, while only 7 percent said they “love it” or that it was “an improvement.” Seven percent were indifferent.

While we admit our online poll isn’t as scientific as a Gallup poll, the disparity is shocking. A city-run poll could be a good option, but why wasn’t this done sooner?

The number one thing needed for a branding campaign is for all of Austin — not just community leaders — to be behind the project. How can Austin promote a logo and brand that the Austin public doesn’t believe in?

We urge the branding committee to reconsider their methods and that starts with listening to the Austin public. If this logo doesn’t go forward, we recommend a highly visible public campaign to include as many Austin residents as possible. We recommend a community competition with residents submitting logo ideas and proposals to a judging committee.

If Austin is truly “talent packed,” there will be no shortage of ideas — straight from Austin residents.

We’re not taking a stance on whether this logo is the right one for Austin. We’re leaving that up to Austin residents, and right now their message is loud and clear. 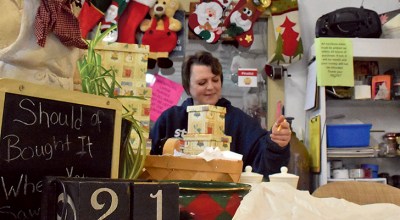 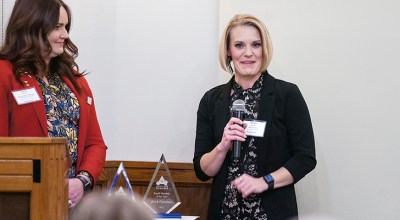 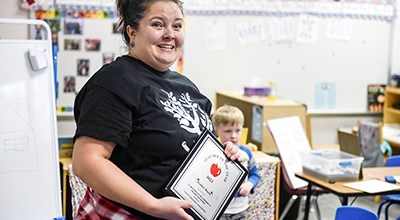 Community Salute: Teacher of the Year honors the profession