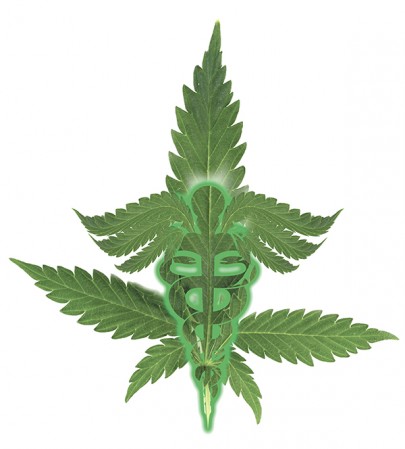 The use of marijuana, especially medically, has come to the forefront recently thanks to new laws in Colorado and Washington that legalize recreational use of the drug. Minnesota is no different, as it begins to look at the idea of legalizing it for medical use. Illustration by Eric Johnson

Legislators, law enforcement and local residents will look to the state Capitol in a few weeks as yet another medical marijuana bill comes to attention.

Poppe and State Sen. Dan Sparks, DFL-Austin, agree legislators will have to balance the concerns of Minnesotans seeking an alternative means to ease pain from illness with the cautious opposition from Minnesota law enforcement associations.

The latest proposal would allow 2.5 ounces or 12 marijuana plants for patients who suffer from chronic or debilitating illnesses like cancer, glaucoma, AIDS, Hepatitis C, Tourette’s, post traumatic stress disorder, amyotrophic lateral sclerosis or other conditions that produce severe pain, nausea, seizures, and other side effects.

The bill would also limit medical marijuana dispensaries to one per county while also setting restrictions on dispensary operations. The state Commissioner of Health can choose to open more than one dispensary per county based on need. The bill also lays out guidelines to apply as a qualifying patient and limits when and where patients can use marijuana.

The bill has drawn bipartisan support from five state senators and 35 representatives who have co-authored the bill. Yet legislators know there’s a lot of discussion to have before the bill can go before Gov. Mark Dayton.

“The governor made it very clear that he would not sign a bill that didn’t have law enforcement support,” Sparks said.

Law enforcement groups have come out against the bill in recent weeks, citing concerns about regulations and potential misuse. Local law enforcement are concerned people could use marijuana and inadvertently cause problems for others.

“Is there going to be a carry-over onto our roadways? Are we going to have accidents caused by a person who used medical marijuana? Or have a death caused?” Austin Police Capt. Dave McKichan said.

McKichan hasn’t seen much come out of Colorado, one of two states to enact recreational marijuana laws in 2013 and attempt to regulate marijuana use while driving a car. Colorado in particular is researching how much tetrahydrocannabinol (THC), the active ingredient in marijuana, can be present in a person before they’re deemed unfit to drive.

“It just highlighted that even in those states, there are definitely people looking at some of the consequences of again, who’s going to use it, how many people are going to use it, and if so, what’s it do to other parts of the system of our society,” McKichan said.

Studies show medical marijuana does at least help mitigate pain and other symptoms for patients with chronic disease, though more studies are needed to determine marijuana’s longterm effects on people.

A study published in the “Anticancer Research” journal last fall showed some compounds found in marijuana can kill cancer cells found in leukemia, which backs up similar studies done in California. Another study published in the “Schizophrenia Bulletin” journal in December tied heavy marijuana use to drug-related memory loss. It is unknown whether more research will corroborate either study.

Yet the positive stories of pain management have attracted dozens of Minnesota families to Colorado, where some marijuana farmers have cultivated a new type of pot called Charlotte’s Web, which is low in THC but high in cannabidiol (CBD), one of the substances studied for its medical effects.

Legislators are aware of the anecdotes and the emerging medical studies. They also recognize law enforcement concerns over regulations and marijuana’s unknown effects. If a medical marijuana bill passed, “It would be pretty tightly controlled,” according to Sparks.

Poppe previously supported efforts to allow medical marijuana in Minnesota, while Sparks is on the fence. A 2009 bill cleared both legislative branches before then-Gov. Tim Pawlenty vetoed the bill.

Poppe and Sparks are willing to discuss another medical marijuana bill after constituents have spoken to both in support of the law. While a medical marijuana law wouldn’t allow some types of marijuana to be on the market — Sparks says the bill has “nothing to do with the legislation that has passed in Colorado and Washington states,” — both lawmakers see benefits to helping residents who are suffering from ailments.

“If you have very strict or tight regulation and it’s seen as probably fairly rare to be used, it’s worth having some discussion on how we could make that available to people,” Poppe said.