A Mower County prosecutor and judge are taking heat from Fox News commentator Bill O’Reilly for their decisions in a criminal sex case. 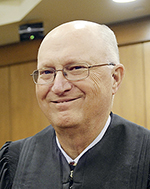 The judge, Donald Rysavy, is firing back.

O’Reilly blasted Rysavy and Mower County Attorney Kristen Nelsen on “The O’Reilly Factor” Tuesday evening after Gary Russell Hegna, 47, of Austin, accepted a plea deal and was sentenced to probation and no prison time for sexually molesting a 7-year-old girl until she was 12 years old.

O’Reilly criticized Rysavy for accepting the plea deal over a prison sentence. While Rysavy wouldn’t comment on the case, he issued a statement calling out Fox News for slanting the story.

“Judges aren’t in a position to comment on cases, but my own observation on the Fox treatment of this matter is that once you have decided how you want to slant a story, further investigation of the facts is apparently not that important,” Rysavy wrote in a statement to the Herald.

Assistant County Attorney Christa Daily spoke with producers from Fox News, as did Nelsen, and Daily admitted there are more details they will not discuss.

“It’s the policy of this office that we don’t comment on pending sexual assault matters,” Daily told the Herald. She added it took several years before someone reported this case to authorities.

Fox News lawyer Ebony Williams speculated on the show that the county attorney’s office may have not had cooperation from a witness.

“If this was first-degree conviction, we’d see a different outcome here,” Williams said.

But O’Reilly wasn’t hearing it, and he called for people to voice their displeasure.

“It’s disgraceful, and you Minnesotans out there should call that prosecutor and demand accountability for this,” O’Reilly told his viewers.

Sentencing is based on the Minnesota sentencing guidelines. For first-degree criminal sexual conduct — which was dismissed in this case — the minimum sentence is a 12-year prison sentence, but there are exceptions where it can be less. The maximum penalty is a 30-year prison sentence and a $40,000 fine.

For third-degree criminal sexual conduct, there is no minimum penalty in a case like this, but the maximum penalty is 15 years in prison and a $30,000 fine if set criteria are met. However, maximum sentences only apply if there are aggravating factors in a case or if the suspect has a criminal history. According to Daily, Hegna does not have a criminal history, and there were no aggravating factors.

If Henga violates the terms of his probation, he would serve three years in jail, provided a judge executes the sentence, according to Daily.

Hegna must pay $2,960 in restitution and register as a predatory offender. The case is not closed, as Hegna still has the right to appeal.

• O’Reilly’s segment is available at foxnewsinsider.com/2014/02/25/gary-hegna-man-who-sexually-abused-7-year-old-5-years-avoids-jail-time.

Snow drifts over piles of snow behind Target in Thursday’s high winds. The winds were responsible for several postponements Thursday... read more