Austin resident Loren Bellrichard — recently accused of escaping from custody and stalking a victim younger than 18 — has now been charged for allegedly threatening to set fire to the homes of two Mower County prosecuting attorneys and an Austin police officer. 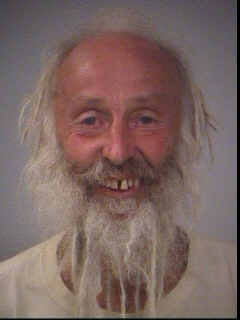 According to the new complaint filed in Mower County District Court on Monday, a Mower County attorney received a letter postmarked from St. Paul that contained death threats on Nov. 4. The letter is allegedly signed, “Peace, Loren Bellrichard.” The handwritten letter suspiciously stated another person would burn down the victims’ houses if they did not drop the charges; and attached to the back of the envelope was an Associated Press article about a St. Paul man accused of burning down a home and fleeing from Minnesota.

According to the court complaint, one part of the letter states: “Hang onto your hats. I think I know how to appease this guy before he puts a ‘hit’ on you — all in Austin, dear friends.”

Bellrichard — a much-recognized face around Austin — was convicted in 1991 for threatening public officials. He sent more threatening letters to public officials while in prison, which added seven years to his sentence. He was also suspected of setting fire to the homes of two district judges in 1988 and 1989, but was acquitted of those charges.

This September, Bellrichard was arrested for allegedly leaving letters and gifts for a 16-year-old girl after he was told by police to stop. In that case, he faces three felony charges for stalking a victim younger than 18. He was later released after paying bail; however, Bellrichard violated the terms of his release when he contacted the victim and went back to the Mower County jail in October, according to Mower County Attorney Kristen Nelsen.

Bellrichard then received a two-day furlough to attend his mother’s funeral but was required to return to the Mower County jail on Nov. 2. Police in Alma, Wis., about 95 miles from Austin, found Bellrichard on Nov. 6 and arrested him.

The alleged letter from Bellrichard to local officials demands the return of his $5,000 bail money and all his current “trumped up” charges be dropped.

The Olmsted County Attorney’s Office is handling this most recent case and has charged Bellrichard with felony terroristic threats and felony attempted coercion — threat to inflict bodily harm.

Bellrichard has an initial appearance in Mower County Court scheduled for Dec. 10.